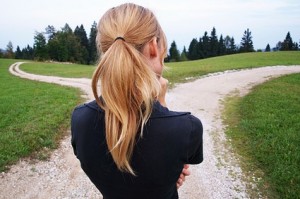 It is almost impossible to have any type of open discussion about self-defense and personal safety without someone saying, “Just teach men not to rape” as a solution. What exactly does this phrase mean? What does the invoker of the phrase believe?  Here are two possible interpretations.

“Society needs to teach humans not to rape other humans.”

Rape is a form of violation. Murder and abuse are also violations. Violators don’t respect their victims. That translates the phrase to:

“Society needs to teach humans to respect other humans”.

If you think about it, teaching people to respect other people really is a form of the Golden Rule of treating others in the same manner in which you want to be treated.

“Teach men not to rape” can also be interpreted as “Society needs to teach men not to rape women.” In the context of self-defense and personal safety, this phrases is often  invoked as a solution to an individual woman’s risk of getting raped. The vast majority of women who are raped know their assailant. Therefore, the translation becomes:

“Society needs to teach the men that know me not to rape me.”

As stated previously, rapists don’t respect their victims. “Needs” means “to be responsible for something”. Society consists of “other people”. We now have:

“Other people need to be responsible for teaching the men that know me to respect me.”

An intrinsic part of the “Teach men not to rape” line of thinking is that the victim has no influence on whether or not she is raped. To think that the victim’s actions could have some influence on the outcome is labeled as “Victim-blaming”. Therefore, the final translation is:

“Other people need to be responsible for teaching the men that know me to respect me regardless of my actions.”

If people think that it is solely other people’s responsibility to make sure that they are respected, and they feel no responsibility or accountability for their behavior, then they are not referring to the Societal Golden Rule. They are demonstrating the epitome of self-absorbed privilege.

When someone says “Teach men not to rape”, which translation are they referring to? This question is easily answered by his or her response to a certain question. Part of teaching humans to respect other humans is teaching women to respect men. If you ask that person “if society should also teach women to respect men”, how does he or she respond? The response you receive will tell you all you need to know.