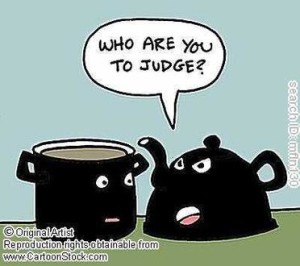 When a four star general called in all the factions of a squabbling intel division and laid down this law, people listened. What happened is these standards also reduced the squabbling and resulted in different factions working together instead of each other.

Thing is when folks hear these three, way too often they think they understand it and want to jump ahead. “Slow down Hotrod.” Each of these steps is critically important to the whole process.
Here’s why … and why jumping ahead is making the exact same mistake this is designed to prevent.

What you know is VERY specific. Knowledge is clear cut, verifiable and — well not emotionally contentious. Nor is it dependent on holding a particular ideology. For example, gravity is gravity, regardless of if you’re a progressive, conservative, liberal, middle of the road, anarchist, socialist or libertarian.

(Comment: I point this out because a lot of what people think they know is actually ideas that have been hit with rigor mortis. But they protect the corpse by strong emotion and unwavering belief in certain ideals.)
What you don’t know is also very specific. These are actually known-unknowns. And like knowledge, not knowing shouldn’t be emotionally contentious. For example: I don’t know how gravity works.

(Comment: That is until we cover them with emotion, pride and fear that admitting “I don’t know” will weaken our position. Notice I said ‘cover them’ instead of ‘refuse to admit.’ I phrased it that way because on a rational level knowing you don’t know that much about say…economics…is not a big thing. But emotionally and pride-wise it is. But since we can’t be so small and ignorant as to NOT know, we’re going to gloss it over — especially from ourselves.)
Before we go on…knowing and not knowing, not real exciting or contentious. I know gravity works, I just don’t know all the details. It’s when we get to ‘what you think’ that things get emotional and contentious, because most of the time, we’re actually arguing for our ignorance.

What you ‘think’ is a complex mix of beliefs, assumptions, assessments, spin, judgmental, moralizing and ethics all thrown together to create a strainer. We use this strainer to filter information, assess, judge and figure out how we feel about something and what we should do about it. This is a very human trait and — ordinarily — not a bad thing.

I say ordinary not a bad thing, because as long as it works in our daily life, our assessment doesn’t have to be accurate. Whether you ascribe it to gravity or God says suicide is a sin, don’t step off the edge of cliff and not expect to fall. The end effect on our behavior of ‘don’t step off a cliff’ is the same.

At the same time what we think/believe/assume can be something we not only get passionate about, but we can get downright ferocious about defending it. This to the point of violating our own avowed beliefs and claims about ourselves. We can be like the Revolutionary French screaming “Liberty, Equality and Brotherhood” AS they’re invading other countries. (Stop and think about that one for a second.)

We can do so because of complex mental gymnastics, intellectual self-deception, rationalizations and (intentional?) blindspots. All of which are eclipsed by emotions and conviction. Emotionally it’s very easy to skip over what you don’t know or to conflate what you think as unquestionable fact (what you know)… as many people do. This allows them to present what they think as knowledge without all those pesky requirements of knowledge.

Know, don’t know and think stacks the deck. You have two non-emotional standards against one VERY powerful emotional one.

Those ‘unfair’ odds are important. That’s because we unconsciously tie in what we ‘think’ with our self-identity. To the point that we often react to questions about our beliefs/’thinking’ as attacks on us. “You’re not questioning my faith — you’re attacking ME!” When we feel attacked, the kid gloves come off. Often to the point of giving ourselves permission to violate our avowed standards of behaviors. (“I’m a caring, compassionate and open minded person, you bigoted, rat bastard, narrow minded, son of a bitch….”)

Where this gets really squirrely is when someone’s faith/religious zeal is put into a secular ideology. Wow, religious zeal over a non-religious ideology. No matter how much we believe it is, this is not knowledge. Often the unquestionable authority it ‘originates’ from is not an imaginary friend in the sky, but academic or educational authority (e.g., “there was a study that found….”) Whether you call it an appeal to authority or “It’s true because I said so” the argument and unquestionable authority behind the idea is the same.

These are tricks we play with ourselves with what we think. We hide our beliefs, assumptions — and yes — lack of knowledge behind our so-called thinking. Then we want to go to war over them, because “How dare you insult my belie… errrr… well thought out and substantiated position.

These three steps seriously slow down the slide into dogma, fanaticism and self-righteousness over complex subjects. They help us from mistaking simplistic soundbites as absolute truths about subjects. So the first person it keeps from falling down this hole is you.

Then it can be applied to what is being presented as absolute truth by someone else.
I put it in that order because it doesn’t help communication if you accuse others of something that you’re doing yourself.