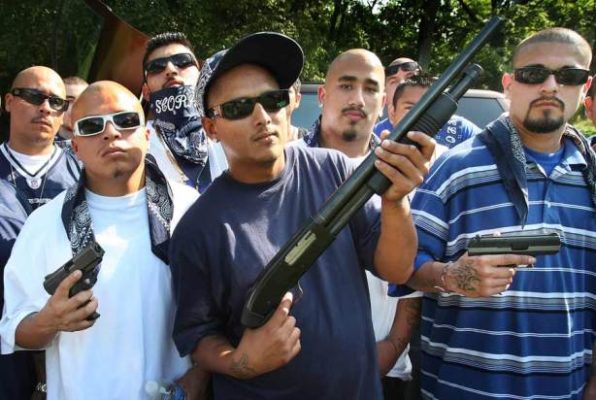 Defending common territory is the hallmark of any group, whether an army, a tribe, or a troop of monkeys. Humans have expanded this idea and symbolized it in that many are willing to fight and die for intangibles – a flag, patriotism, a place in heaven. Just because the territory being defended or invaded is imaginary does not make the passion of the defenders any less.

Territory defense can also be very logical. From cowboys fighting for water rights to modern drug organizations fighting for market share, in areas where law is weak, as in the Old West; or not an option because you really can’t report that someone stole your illegal drugs, individuals and groups will defend their own things in their own way.

How violent the defense (or offense) may depend on the ability to “other” the opponent. As will will discuss with predators, most normal people cannot kill another human being in cold blood. Many cannot shoot even in war; some can’t kill to defend their own lives. Much of the conditioning of soldiers and bonding in other social sets serves the purpose of making it easier to see the enemy as “other”: not us, not like us, maybe not even human.

Territory Defense is the bridge between social and asocial violence. It is profoundly social – the defending the group, the group’s home, the group’s resources – but it is often carried out in a method that is profoundly asocial. This is  situation deliberately created and maintained by the leaders and elders of the involved group. From drill sergeants and squad leaders in the seventies talking about “gooks”  and “slopes” to modern Crips that write all B’s with a line through them, preparing people to fight and preparing people to be vicious involves a conscious cultivation of the enemy – or the victim pool – as “others”.