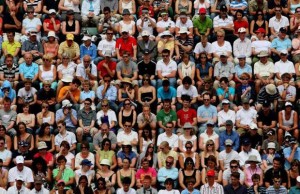 Conflict is something we all handle and it ranges from minor disagreements over restaurants with your significant other to armed conflict between soldiers.

Conflict may be the biggest source of problems in our lives, but it is also the source of opportunity and the greatest spur to personal growth. Humans aren’t just organisms in a sea of chaos and conflict, we are organisms that can thrive there. If we learn to manage the conflict well.

Everyone is a conflict manager, but look around you. Not everyone is good at it. And people who are skilled at handling one type of conflict may be terrible at another. It’s very possible to be a great hostage negotiator but a shitty husband.

• Thrives under the steep learning curve of conflict and life.
• Doesn’t just manage conflict, but manages it in such a way as to become stronger from every ordeal.
• Can adapt to unknown situations by relying on principles instead of tricks.

Once you accept the fact that you are a Conflict Manager just from living in society with other people, it now becomes a question of whether you are content to be a Mis-manager. There are many people who believe they shouldn’t have to either learn self-defense concepts or practice risk reduction in any shape or form because “it’s not fair”.

The path to becoming an effective Conflict Manager varies greatly for each person. There is no one true path. There are common concepts and principles that apply to human conflicts in general. But it is up to each person to discover his or her own pathway and ultimate destination while constantly evolving along the way.