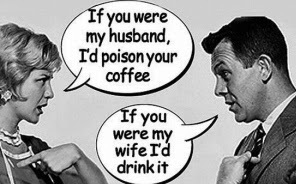 The 10 Hours of Walking in NYC video is now up to over 30 million views. It has spawned a tremendous amount of back and forth argument on a subset of street harassment known as “catcalling”. Catcalling is a one-sided street interaction between strangers, usually initiated by a man to a woman, which has some type of sexual context. Examples are whistling, hissing, “Hey baby”, “Hi beautiful”, “Why don’t you smile?”, etc. Other behaviors such as following, stalking, groping, flashing, or crude sexual commentary, and the like are not catcalling. Those are clearly harassing and threatening behaviors.

Much of the controversy regarding street harassment centers about whether or not catcalling is or is not a “compliment”. This debate is not so much a debate. It is a back and forth battle between the sexes that involves a tremendous amount of exaggeration, inflated statistics, extrapolation, gender stereotyping, gender-bashing, ideologies, and blaming, with minimal real dialog.

Catcalling is a social interaction. The Catcallers define this interaction as the harmless complimenting of attractive women on their appearance. The Protestors of catcalling call it a method for men to threaten and assert their dominance over women in the public domain. So which one is? How about neither?

For the men who think they are just complimenting women, they need to realize what they are really doing. They are trying to establish a sexual context to a social interaction that most likely will not reciprocated or appreciated. Most likely means more often than not. That means substantially more women don’t like it than do like it.

As a matter of social respect, doing things or saying things to other people that have a high chance of making the other person uncomfortable is disrespectful. It is not done for the other person’s benefit. It is done for the initiator’s benefit. Therefore, these type of behaviors should only be initiated when there is a high chance of appreciation and low chance of non-appreciation. It is really that simple.

Why do Catcallers say “Hello baby!” instead of a non-sexual “Hello” or “Good morning”? If you believe the Protestors you will come to think that ALL men are plotting together to collectively subjugate the ALL females. This line of thinking makes about as much senses as the “It’s a compliment” excuse. The Protestors explanation for catcalling is actually a rallying call specifically designed to trigger an emotional response in many women. A response that is intended to create anger and outrage which in turn leads to additional Protestors and more financial support.

Have the Protestors ever really tried no determine why catcallers behave in the manner that they do? Given that a common reaction to male explanations of catcalling uses the term “Mansplaining”, and the phrase “Men need to just be quiet and listen”, most likely, they have not.  Effective dialog does not emerge from one-sided accusations, just as catcalling is not a mutual conversation.

Have the Protestors thought to ask average men why they think the minority of men engage in catcalling? To do so would be to admit that catcalling is a socially dysfunctional behavior engaged in by a small percentage of men, not by all men. Such a belief is counter to the fundamental premise of all men want to subjugate all females in public spaces.

How about the explanation that the men who engage in catcalling, do it out of social inadequacy and social incompetence? By saying “Hello”, they set themselves up to be rejected. “Hello baby!” leaves no room for rejection. They are able to establish a sexual context to an interaction that doesn’t require reciprocation. A response is not required or expected. By treating the woman as a sexual object, they are able to not feel rejection from a negative response. And in the less likely event of a positive response, the object suddenly becomes a person, and the catcaller feels human acceptance. The catcaller’s ego is both protected and also available for inflation. The best of both worlds. In essence, some catcalling is a dysfunctional response to a social power dynamic in which the female has the power to “reject”.

Admitting that women have power goes against the Protestors primary assertion that “women always fear men”. Therefore, catcalling is inherently threatening to all women, at all times, in all environments. This argument transforms catcalling into a personal safety issue as opposed to a social interaction issue. It also enables catcalling to be placed under the umbrella of the anti-violence against women cause.

The argument of “Don’t catcall women, they are afraid you might rape them.” only serves to create more female fear. It also portrays women as weak, helpless, and perpetual victims. This is not a message of equality. It also serves to empower the small percentage of men who take advantage of female fear to further intimidate and abuse them.
The argument of “It’s disrespectful to catcall women because most women don’t like it”, is not about spreading fear. It is about increasing social respect. With more respect comes more equality.

Imagine a silent urban environment where men and women don’t speak or look at each other. The women fear all the men. The men look away from the women so as not to threaten them. Yes, catcalling has been eliminated, only to be replaced by fearful silence. Equality has not been created. It has been decreased.

The strategic use of horror stories to spread fear as a method to gain supporters is highly effective. It has been used throughout history to pit one group, ethnicity, or country against another, and rally support. But, it has never been shown to be effective for making the opposing entities feel greater respect for each other.

Reducing catcalling starts with encouraging more truthful dialog between the sexes. That requires stopping the blaming and excuses. It requires the rejection of fear and anger based calls to action. It requires gaining the support of the majority of men who do not engage in catcalling. And the support of the majority of women who see catcalling as annoying, but not as a systematic means for men to threaten and control women. It requires separating unwanted behavior from actual threatening behavior. And treating these behaviors differently.

Catcalling is not going to stop suddenly, it will decrease as both sexes engage in more mutually respectful behavior. Or catcalling will become the frontline in a battle between the sexes whose only winners are the ones who wanted the war in the first place.

NOTE: Not all protesters of catcalling and street harassment use fear  based tactics. But many do. They are also protesters that work hard to create cooperation between the sexes. Unfortunately, their voices are not the loudest.