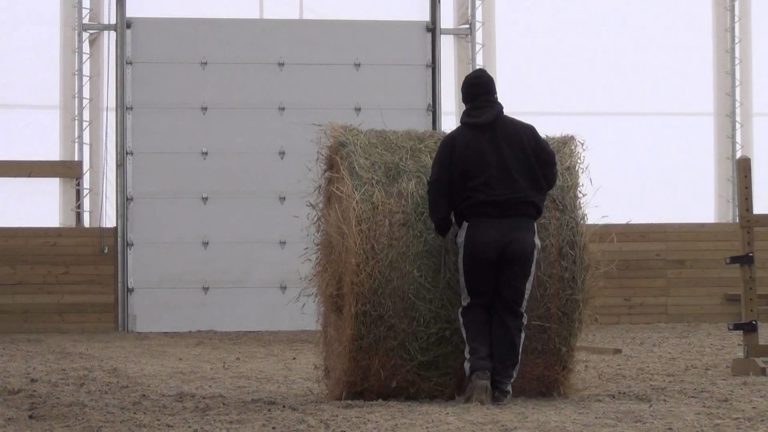 One of the things I missed from being raised in ranch country was the work. No running water, we (I) packed it from the creek in five-gallon buckets. Enough for all household use and enough for all the animals that were penned and couldn’t get to the creek themselves. The first two years, until dad installed a pump for the garden, that was watered by hand as well. Packing water. And splitting wood. And building and repairing fence. Putting up and repairing outbuildings. Milking cows.

Ranch kids tend to be really strong for their size. It’s a side effect of manual labor as a way of life. But not all manual labor. There’s a pretty nice whiskey called “Monkey Shoulder” named after the guys who shoveled coal. Lifting and tossing shovelfuls of coal for ten or fourteen hours a day, day in and day out will make you immensely strong– in one motion. And kinda bind up your body for other motions. Not even talking about repetitive use injuries.

Ranchwork, you might spend a week digging postholes in rocky terrain. Shoveling is good exercise, but using a tamping bar ( six foot long, inch and a half thick steel bar pointed or wedged on one end, flat on the other) is a nice core workout. The next week pulling barbed wire. Summer bucking bales of hay and moving irrigation pipe. Splitting wood all year, but mostly in autumn. Packing water and milking the cows and goats every day.

The work is unpredictable. It was never three sets of ten reps. You bucked as many bales of hay as you had. Sometimes you could choose the pace, but if you saw dark clouds all of the hay had to be in before the rain got to it. You milked until the cows were out of milk. Total muscle failure or cramps in your hands? Tough. Stretch it out and keep going. We had a hard milking cow and at first my hands were going to muscle failure two to four times a session. Twice a day. Every day.

There were no rest days. My friends who work out scientifically insist on the importance of rest days, but cows make milk every day. I think the body adapts to the conditions. Hmmm. Hitting one of the science versus experience paradoxes.

And little of this was working with ergonomically designed tools. Barbed wire is designed to keep cattle in, not to be carried or tensioned by human hands. You have to hold big buckets away from your body to keep your legs from brushing them and spilling it. And, nature of water and gravity, you always carry the empty buckets downhill and the full buckets uphill. Rat bastards. T-posts are ridged and nobby and carrying bundles of them digs into you.

One other thing that distinguishes ranch work. You worked hard at being efficient. Some days you were going to work all day and nothing was going to ease up until dark. So you used your whole body whenever you could instead of isolating. You rested or even just rested a part (like hammering staples with your left for awhile to rest your right arm) whenever you could.

Feeling nostalgic. Our little herd of goats, which is planned to be four permanent with 2-4 kids a year for meat is now at nine and they’ve denuded the fenced parts of the property. So K and I have spent most of the last two weeks (lots of breaks for other obligations) building fence to give the goats access to another huge stand of blackberries. Days of hacking paths through blackberries with machetes, cleaning the paths up with clippers, raking. Digging post holes and pouring concrete to set them. Pounding t-posts. Manhandling rolls of hopefully goat-proof field fence. Tensioning wire and pounding staples. Last couple of weeks I’ve been working like I was a kid again. And loving it. But feeling it, too. All the joints make noises of protest in the morning. It’s been a good couple of weeks.