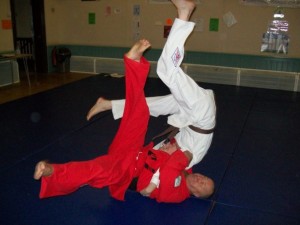 In the summer of 2014 after 39 years Abbeydale Ju Jitsu Club ceased to exist, it did not go quietly or as planned and after a deal of conflict, a great deal of conflict I emerged as the new ‘leader’ of Applied Ju Jitsu, new start, new name. Together with two of my closest training companions, Bill and Jayne, I managed after loads of emails, meetings, phone calls and more meetings and phone calls to take control and carry the club forward, despite all the confusion and shenanigans. Good friends fell out, a huge split occurred and by the end of it the only person the main protagonists would talk too was me. I am not laying any blame or taking undue credit, it all happened and was a mess, I had formally left the club and was training on another organisations instructor programme when I had to take a decision. I chose to step into the conflict and bring it to a resolution that suited all, a bit like a Ju Jitsu Red Adaire. It worked as everyone came together to find a compromise position and peace broke out.

Our Ju Jitsu became an activity under the auspices of the Academy for Self Defence and is currently going from strength to strength. A few days ago (at the time of writing) I sent out a new year greeting to all the black belts setting out some of my ideas on how we can develop and strengthen the ‘club’ in the coming months, I want their ideas and opinions and once the black belts have had their say we will take the resulting ideas to all the other members and parents of the juniors. This is conflict management, in my opinion it is conflict management of the best kind.

Whilst the academy is a private limited company and I am the sole director the Ju Jitsu element is, as far as I am concerned, not just my private domain, it is no fiefdom. Yes you could describe us as a clan and our purpose for joining together is to train in Ju Jitsu, but any decent clan chief will seek to rule by consensus rather than dictat. By including everybody in the process, not necessarily all agreeing, all have their say, I have taken good counsel from my clan before today and I am sure I will do again, last night I read the first two responses and sent my thanks, these comments are now in the melting pot.

The next stage is to discuss all the comments with the management triad, Bill, Jayne and myself, then order the responses and produce and distribute a discussion paper and call the second big black belt breakfast, the gathering of the clan.

The first big black belt breakfast was back in October when we discussed the revised curriculum, Sunday morning at Smith Towers and one slap up of a full English for the troops, good food, full bellies, laughter and then the business. So where is the conflict to be managed?

Well there will be conflicting ideas, there will possibly be contradictory proposals but whatever happens they will be discussed until we reach a solution we can all live with and ultimately the chief has the deciding vote. The important thing is to follow up and carry things through, evaluate their success or failure and move on. Talk is cheap, it is certainly cheaper than incurring resentment and the formation of cliques, all to often the curse of martial arts clubs and organisations. So in terms of running a martial arts school conflict management is, for me, about not allowing a culture to develop where conflict can be seeded and take root, that way lies splits, divisions and failure.

But what about the reason we are there, is Ju Jitsu itself a form of conflict management? Simple answer is yes as are all martial arts. I see conflict management as being on a skills continuum, it is a simplistic but useful tool, with the soft skills (persuasion, dialogue) at one end and the hard skills (breaking people) at the other. Our Applied Ju Jitsu is easy to locate towards the hard end as a whole but not at the extremes like most martial arts we have techniques that devastate an opponent and others that just enable us to disengage. So you could see Ju Jitsu as having its own internal continuum of soft to hard with each technique located upon it and the whole being toward the hard end of the general continuum.

Each martial art can visualise itself in this way, for years we have practiced Ju Jitsu with a view toward the hard, whilst on the contrary when I teach self defence I lean towards the soft, each, like the yin and yang, has elements of the other within it. Whilst maintaining the integrity of the Ju Jitsu we teach we do now reach over to include more of the softer skills and as a result offer a better product, so feedback indicates. Ju Jitsu is an exemplary form of conflict management and so are most other credible martial arts. We know from masses of anecdotal evidence that having the power to resolve a situation by violence carefully learned and honed does not necessarily lead one to do so, rather it more often enables one to manage conflict by peaceful means especially when that means seeing the signs that conflict is building and nipping it in the bud as early as possible, often so nobody actually noticed that it was brewing in the first place.

The days of the brute on the mat leading by beating their students when they raise any real or perceived challenge are, or should be at an end. The educated, well rounded instructor, those who can offer quality information and advice in addition to teaching good technique well, is the future. I see my job description as that of being a conflict manager, it is what I do, whether I am teaching reading kinesics (body language) and evasion or a full shoulder throw, both are conflict management, soft and hard, I recommend you try both, adapt, evolve and survive. Today’s student is a more sophisticated animal, they will appreciate an approach that is inclusive of either end of the soft skills hard skills continuum. I move up and down it all the time, nothing is fixed Canute like. If you are reading this you are with us or on the way to being with us, be proud and let the world know that you are a conflict manager.