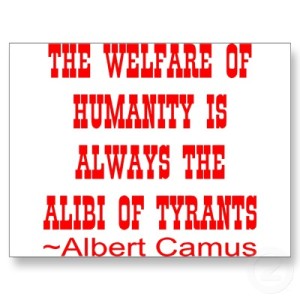 From a conversation about feelings

****First off. Take your finger, press it into your arm. That’s ‘feeling.’Emotions are emotions.Where things get tricky is that along with emotions come adrenaline, muscle tension and changes in perception (a different part of the brain — that does something else becomes active). Until you learn how to suppress this activity and activate another part of your brain that new activity will control your ‘reality.’ With the mind body combo, you will see, interpret and ‘feel’ in whatever way those parts of your brain have been conditioned and function.

There are two things I do. One is make a distinction between reality and actuality. Your reality is your internal interpretation of external circumstances. Actuality is what appears on the security camera.

Part of this process is because of feedback from your body’s reactions — including chemical changes.

Example under adrenal stress spatial distortion is common. Threats look closer and bigger. (I often joke I’ve never had knives or guns pulled on me, only swords and cannons.) Under adrenal stress a shooter will perceive the threat to be five feet away. When the cops/prosecutor ask, that is what he/she will honestly answer. Perceptually that will be what the person ‘saw.’ Then the video will be played and it shows the deceased at 15 feet. This is sold as proof of the shooter lying so charges/conviction can proceed.

So bottom line, your ‘feelings’ become your reality. They are reinforced by physical sensations. But they also edit out other information to maintain this perspective — including putting your human brain to work to come up with rational sounding justifications for your beliefs. (This is why the study of heuristics and bias is so important.)

Two, I tell people ‘Your feelings are tyrants’

I’ll use and shortened a C.S. Lewis quote to set the stage for the significance of this: Of all tyrannies, a tyranny sincerely exercised for the good of its victims may be the most oppressive. It would be better to live under robber barons than under omnipotent moral busybodies. The robber baron’s cruelty may sometimes sleep, his cupidity may at some point be satiated; but those who torment us for our own good will torment us without end for they do so with the approval of their own conscience. (The rest is worth reading
http://www.goodreads.com/quotes/526469-of-all-tyrannies-a-tyranny-sincerely-exercised-for-the-good

The key phrase in the above is “may at some point be satiated.” If a person does not learn how take control of their ‘feelings’ processing information this way becomes a habit. A hard habit to break. Up to and including physically rewiring the brain, so ‘thinking’ in another way becomes difficult.

To use an old term, individuals develop a form of mental ‘gluttony’ about their feelings. (Although because of endorphins one can argue for the use of the term addiction.) The more they ‘feed’ their feelings, the more their feelings demand. The more time they spend processing information in this manner, the more ‘real’ and the more right they feel they are about the world. So the more encouragement they get for this behavior, the more success they have, the more it is reinforced

I recently posted a quote by Moshe Dayan ‘If you want peace, don’t talk to your friends. You talk to your enemies.” It’s interesting to see the subtle rejection of this concept by people taking it to the extremes in order to refute it. (As in Aristotelian/classic ‘logic’ of if something isn’t 100% true it is false. Hence come up with an extreme example and you can dismiss the whole idea.) That’s an example of the ‘monkey brain’ using the ‘human brain’ to come up with logical sounding reasons to reject information that doesn’t fit with one’s reality/beliefs/feelings.

We’re right. They’re wrong. Yay us. Boo them. They are stupid, wrong, selfish and evil. We’re smart, informed, generous and good. We don’t have to change, they do. etc, ad nauseam.

It’s a simple concept, but the implications are deep.