Social media and social justice activists are abound with complaints about what they perceive to be unfair in society. And more the most part they are correct. Unfairness exists throughout society and in the world. In fact, fairness is not the norm. Unfairness is the norm.

The life on earth began close to 4 billion years ago. Since the beginning of life and current times, it is estimated that billons of species have come and gone. In fact, 99% or so of all species though out earth’s history have become extinct.  The species that survive and prosper are the ones that are able to adapt and evolve in an ever changing and threatening environment.  The strong and adaptable species survive, while the weak and non-adaptable perish.

Is that fair? It is certainly not fair in societal terms. A central concept of human fairness is one of “first come first served”. That is why we form lines and feel that a line is a fair method for establishing order. We consider it unfair if a strong and larger person pushes his way to the front of the line just because he can. But, the Universe could care less about our human sense of fairness. Human beings will exist in this planet until we fail to adapt, become weak, and eventually die off and become extinct. We will replaced by some other stronger more adaptable species. Homo sapiens will be just one of the billions of species that didn’t make it.

Fairness is not a natural law of the Universe, it is a human concept. What is fair and what is unfair is a matter of opinion and perception, not actual fact. How many species on the Earth have become extinct due directly to human existence? Some estimate that humans have increased by natural rate of extinction by a factor a one thousand times greater. There is nothing fair about that, and yet, the Universe doesn’t care. 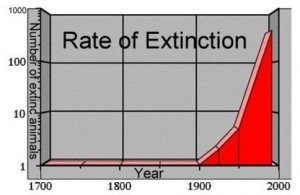 When Activists say “We feel threatened or we feel disrespected, but it is unfair for us to modify our behavior, society needs to change to suit us”, they promoting their idea of fairness as being more important than their human ability to adapt and thrive in their environment. Personal responsibility and power has been relinquished and replaced by societal responsibility and power. 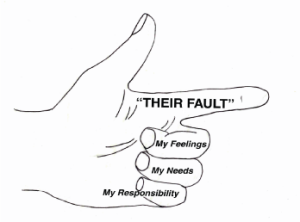 As civilized people, we need to recognize the importance of striving to create fair and just societies for all. But as a species, we must realize that we live on the Earth in an unfair Universe. A Universe that doesn’t care if we live or die. A Universe that has no concern for what Homo sapiens believe to be fair.

We need to recognize that those who feel they have no need to adapt to their environment, expecting only that their environment adapt to them, weaken the human race. Those that promote individual adaptability and ability to evolve, ALONG WITH encouraging societal fairness are the ones that strengthen us. They deserve our full support.