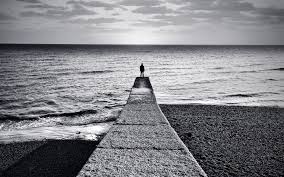 I’ve used the term in writing and, judging from e-mail, haven’t ever adequately defined what I mean.

If you’ve been victimized before, are you a victim personality? Victimized twice? Thrice? Ten times?
Maybe. Maybe not. There are victim characteristics that all predators (and all aware humans) know.

Distracted. Awkward in their physicality. Pleasers. People so domesticated to social norms that they will be predictable and nice even when it is time to be profoundly un-nice. People like this are targets, they are easy to victimize. They are often victimized. They are not what I mean by “victim personalities.”

Humans are incredibly adaptable. At the same time they, like all animals, tend toward homeostasis. They have an idea of “normal” and they move toward or attempt to recreate that idea of normal.

Families have a very wide range of behaviors, widely different ideas of normal. Some are abusive, either because it is the pattern the adults were raised with and thus their homeostasis, or because someone is unskilled at raising tiny humans to be humans or because there is evil and one of the parents sees children as victims to be groomed. Other reasons abound, probably.

A child who grow to adulthood in that environment learns how to survive in that environment. That may be the only place he or she does know how to survive. The habits implanted under adrenaline, or fear of death are really strong. They rarely change. The child raised in this environment has no reason to believe that other relationships are less dangerous… but he or she doesn’t know the rules of other relationships. Doesn’t know how to behave. And fears any error will be punished as severely as an error in his or her family of origin.

It’s not permanent, or at least it doesn’t need to be. The people I see break out of this (and I’d love to name names here because I am immensely proud of some people, but their struggle is deeply personal) first see or guess that maybe their experience of the world is not the world. Then they see that there are other ways to live. And that those ways are possible. And that those ways also have rules, but the rules are learnable. It takes an immense amount of courage, but they learn through experience that failing to follow the rules in a non-toxic environment has consequences, but not the harsh consequences they expect. And that, in turn, lets them be brave enough to risk mistakes as they learn this new world.

I want to say that it requires a safety net, a social network that supports, teaches and encourages, but my experience says different. There might be a few voices of aid and reason, but almost everyone I know made their first steps without any support whatsoever. They come from a world where no one can be trusted and they, generally, need to learn that trust is not a trap. Learning that is not an early step in this process. So they make the first steps alone, and it is an act of profound courage.
—————————————–

Slightly related, not about victim personalities but about the environment that created them. I’ve seen three common responses to kids raise helplessly in extreme chaos. One group become hyper-competent. A second group believes they can never control anything and become hyper-passive. A third group sees it as a natural state of affairs and transitions to the abuser role when they get to the appropriate place in the script. I see very few come out of this environment simply being normal (possible sampling error, normal is easy to not-notice.)

I would really like to know how much of this is internal wiring; how much early influence (like mentors) during the process of abuse; and how much can be affected by processing the event after the fact. Are there limits or opportunities in different time frames of processing? Can a competent foster parent do things a counselor can (or can’t) do much later?