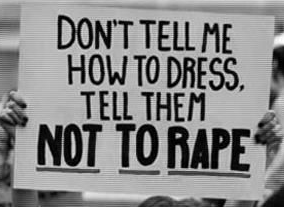 Putting the blame on victims of a crime increases the psychological trauma associated with the crimes. It makes it less likely that the victims will report crimes in the future. If crimes are not reported, it is more difficult to punish the offenders. Perpetrators take less personal responsibility for their actions if they can blame the victim, thus making it more likely they will commit more crimes. Society feels less of a burden to expend resources to prevent these crimes from happening if the victims brought the crimes upon themselves.

The above arguments make logical sense. And if all crimes were completely random, meaning that EVERYONE has the exact same chance of being victimized by any particular crime, then anything statement that even hinted of victim blaming or victim responsibility would be categorically wrong.

If you would like to reduce your Personal Risk of being victimized by a crime, then you have to account for the multiple Individual Factors which affect the likelihood that you will be targeted for crime and how you will respond to such targeting. If you would like to reduce Societal Risk, then a person’s Individual Factors don’t matter. Societal Risk is average risk of being victimized. Since that risk is an average of all people (or a certain defined class) in Society, individual actions have a negligible effect on the average risk.

The problem is that what is good for Society is not necessarily good for the Individual and vice-versa. For example, if you are a woman and you don’t want to be sexually assaulted, the Societal Risk Model states that there is nothing you can do to lower your individual risk of sexual assault. The Power is in the hands of the perpetrators. Power and Blame are shown to go hand in hand. Since you have no Power, you have no Blame. You have no Blame since you had no Power. Since victims have no power, it is up to society to lower Societal Risk by focusing on perpetrators.

4. Being drunk or under the influence of drugs.

5. Being around people who are drunk or under the influence of drugs.

7. Not being willing or able to set clear personal boundaries.

8. Not being willing or able to be verbally assertive.

11. Being in a volatile relationship.

13. Being around violent people.

14. Working in the sex industry.

16. Feeling as if you have no power to alter the outcome of events.

17. Believing that Society is primarily responsible for your personal safety.

18. Being perceived as a someone will not report a violation.

And here are some Individual Factors that decrease your odds of being sexually assaulted:

2. Not having a disability.

4. Not being drunk or under the influence of drugs.

5. Not being around people who are drunk or under the influence of drugs.

6. Having a secure home.

7. Being willing and able to set clear personal boundaries.

8. Being willing and able to be verbally assertive.

9. Not being easily intimidated.

11. Not being in a volatile relationship.

13. Not being around violent people.

14. Not working in the sex industry.

16. Not feeling as if you have no power to alter the outcome of events.

17. Believing that you are primarily responsible for your own personal safety.

18. Being perceived as someone who will report a violation.

The above list of individual factors is not complete. It varies from crime to crime. It varies from place to place, from culture to culture. The underlying point is that Victim Factoring is NOT Victim Blaming. It is a specific methodology designed to lower an individual’s risk of being victimized by crime by examining all the factors involved.

Victim Factoring shows that an individual has some power to lower his or her Individual Risk of being victimized. It also shows that certain Factors are out of the person’s control. Sometimes, some Factors can be controlled, other times they can’t. But what Victim Factoring does not do is to assign “blame” to the victim. Victim Blaming is a construct of the Societal Risk Model that while illuminating many ills and bias in society, is many times used as a tool to silence any discussion or focus on lowering Individual Risk.