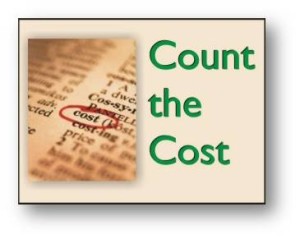 Our monkey judgments and assumptions are like looking out the windows of our apartment building. They distance us from actual events. They color our perceptions of what we think we see (e.g., the few who did witness the first attack assumed it was a domestic dispute). Looking from one particular building also limits what we can see. But we think we’ve seen it all and know what happened.Yet that one perspective doesn’t let us know what we didn’t see. For example, it’s easy to mistake a stabbing for a punch if you don’t know what to look for or if you don’t see the knife because you are too far away. Also because of different perspectives, people in different buildings will see different aspects of an event. As an example of different perspectives, someone can hold a knife in a way that it’s unseen by the person in front, but someone standing behind can see the blade clearly. Yet people are convinced that—from their perspective—they see and understand the whole truth about what happened. Eventually, after consideration of evidence the jury is going to have to make a judgment about the appropriateness of the use of force. Sooner or later, morals, ethics, and judgment will come into the process. But you don’t want to start from a close-minded, prejudged (violence is always bad) perspective.Working with this building analogy, you and the person who lives across the street both think violence is bad. Your perspective, however, allows for people needing to act in self defense. The person across the street thinks only stupid and evil people use violence. If that person were ever to get involved in self-defense situation, he’s going to want you on his jury. But you probably don’t want him on yours. In the meantime, the prosecutor will to try and run up to his apartment, knock on the door, and tell him what happened. Now he ‘knows’ what happened without ever leaving the comfort of his apartment.The defense’s challenge is to go into that apartment, take the elevator knock on his door, get him to come out, ride the elevator down to street level, look at the raw (nonjudgmental) evidence, then walk them over to other buildings, get into the elevator, and show him a different perspectives. This is all done so he can make an informed decision, not a monkey judgmental one like the prosecutor wants him to decide.