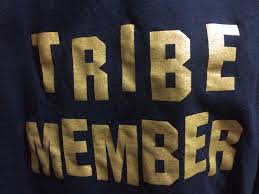 What is a Movement? What is a Tribe? How can you tell if you are in a tribe or part of a movement?

There is nothing inherently wrong with being in a tribe. Human beings are naturally drawn to tribes. Most people are members of a wide variety of tribes. Your family is a tribe. Your place of employment is a tribe. Some of your hobbies and recreational interests are run by tribes.

The problem with tribes is that they have the potential to go “Tribal”. There are multiple definitions for going Tribal. Generally speaking, going Tribal means that the tribe is now ruled by emotional thinking. Allegiance to the ways of the tribe is now of primary importance. Tribal Tribes are ideological, not rational in their decision making and actions.

A tribe on the other hand, enforces it rules. Tribe members must follow the rules or face some type of consequences. These consequences could come from a formal organization or come from the members themselves. A tribe doesn’t always have a defined leadership. But tribe member behavior is still controlled. A tribe that has gone Tribal, is likely to use inappropriate means of enforcement. They are likely to use punishment and revenge that is driven by limbic/emotional thinking. A tribe has Members.

A vengeful mob is a temporary tribe that has gone Tribal. If the mob wants to beat someone, and you try to stop them, they are likely to turn on you. In fact, being a traitor in many Tribes warrants greater punishment than the same act committed by a non-member.

Tribes can go Tribal, movements can’t. Movement behavior is voluntary. You are part of the Non-smoking Movement until you start smoking. Once you start smoking, you are automatically out of the Movement. Whereas a Non-smoking Tribe would try to stop you from smoking for breaking the non-smoking rule. A Tribal non-smoking tribe may harshly punish you for simply talking about wanting to smoke. Tribal tribes have Believers.

I believe in gender equality which makes me part of the movement toward Equal Rights for Men and Women.

But I am neither a Men’s Rights Activist nor a Feminist. I consider both of them to be Tribes within the overall Movement. There are rules for acceptable behavior to be a member of these tribes. Enforcement is varied, but potent. There are sub-tribes within these two tribes that engage in Tribal behavior.

You can be in a tribe that is part of a movement which makes you both a tribe member and movement follower. For example, if you believe in self-defense you are part of the Movement of Self-Protection. This movement is made up of a wide variety of individuals and tribes. But some of these tribes have radically different views and beliefs on how self-defense is actually achieved. These tribes may war against each other as to what is the best form of self-defense. They may disagree on just about everything, but as long as they believe in the value of Self-Protection they are part of the movement.

Some of these tribes may be Tribal, others may not be. But if you don’t follow the rules of your tribe, there will be consequences.

In the 1800’s, there was a movement of individuals and tribes to settle the American West towards California. Now image that some of them have lost their way and started heading south towards Texas. Most likely, someone in these wayward Tribes would notice that the sun was no longer setting in front of them and notify the Tribes’ leaders. A tribe that has gone Tribal might ignore such information and punish the members for speaking up. Such a Tribe may try to convince its members that the sun actually sets in the North. Eventually, the Tribe members will come to believe that south is really west and that they are still part of the Movement.

When it comes to the Movement of Self-Protection are you a follower, or tribe member? If you are a tribe member, has your tribe gone Tribal making you a Believer?