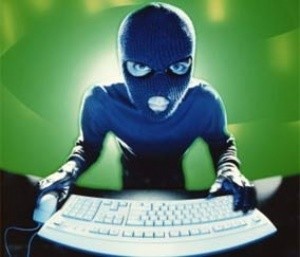 In a discussion, learn to tell the difference between an ad hominem and an attack — and respond to each appropriately .

An argumentum ad hominem (argument to the man) is a logical fallacy. It is basically saying a premise is wrong because of who is saying it.*

“That’s wrong because you’re a ____(fill in the blank)” is what makes it first an ad hominem logical fallacy against the argument, then a personal attack. (Remember this order, it’s important.)

The counter to this is to argue the facts (stay on the topic) while basically ignoring the insults. I say basically because you call the ball about the behavior before returning to the topic For example, “If you are finished trying to insult me, may we return to the subject at hand? Thank you.” It’s doubly aggravating to them if you not only don’t take the bait, but remain polite and calm.**

But that you’re wrong is not as important as how much I despise you and use the subject to justify the verbal and emotional violence I’m throwing at you. Name calling, buzz words (e.g., you’re a cis-gendered, heterosexual, privileged white male), hot button words (racist, sexist, political leaning), accusations and insults are all common. Basically, you’re so stupid, wrong and evil you not only don’t deserve them talking to you rationally about the subject, the only thing you’re worthy of is their contempt and abuse. Often you will see people use this strategy in social media or in comments without even bothering to add “you’re wrong,” it’s just assumed.

First, ‘I’ will escalate to flat-out abuse if you are silly enough to play my game. By that I mean get insulted and respond emotionally — especially while trying to remain calm — you become my target. I will heap verbal and emotional attack after attack on you, while pretending to be talking about the subject. “I” am an expert at spotting when my insults have gotten through and I will play with you like a cat sitting just outside the reach of a chained dog.

Second, is after seagulling*** and making everyone else uncomfortable with ‘my’ bad behavior, I will pull a grandiose “Elvis has left the building” exit. Often declaring both “I am leaving” and “what ignorant subhumans not just you, but anyone who is stupid enough to listen to you is.” Quietly leaving is not enough, there has to be a grand soliloquy before my triumphant exit from the stage. (An unfortunate tendency for such people though is encore performances. Unlike the actual Elvis, these people hang around and monitor the thread to see how well their hate and discontent is working, then they pop up again like a prairie dog from hell to vomit more verbal abuse.)

When you see this behavior recognize it for what it is. Which brings us back to self-soothing.

Self-soothing is in and of itself not bad. We all do it. When we feel uncomfortable we engage in activities that sooth us, calm and ease our discomfort. This both emotionally and physically. We unwind after a hard day by having a drink or watching a favorite show. We rub sore muscles, sit in the hot tub, etc., etc. There is, however, a distinction between appropriate self-soothing and inappropriate.

Remember how I said it’s an attack and you need to treat it as such? Yeah well here’s where it gets kind of tricky.

See most people will say “An attack? Attack back!” Well you might want to think twice about that. First, as I also said, that’s playing their game. While you’re thinking in terms of defending yourself, in fact, it’s you standing up and announcing to them that you’ve fallen for their trap. Like I said, they know when they have someone — and trying to counter attack with hostile words and emotions tells them you’re safe to play with. They can also spot when someone is actually going to throw them out the window and that usually prompts the Elvis has left the building plan B. But until that time, normal threat displays (that would make most people back off) just don’t work with these folks. This especially when they’re safely sitting in their front room and using the computer screen as a shield. What are you going to do? Get on a plane, fly to where they are and punch them out? So responding aggressively isn’t really doing anything to stop the behavior. Worse, it’s mostly you self-soothing yourself by going RAWR! RAWR! SEE HOW TOUGH I AM! RAWR!

Unfortunately that includes you doing the exact same thing. See whenever you try to ‘argue’ with such a person, there are going to be a lot of people seeing, not just one person misbehaving, but two or more people in a public circle jerk. That’s why the counter-attack strategy might not be such a good idea.

I say “might,” because while often the best strategy is to pretend you didn’t hear it and keep on talking to other folks, sometimes, you have to do something. Now whether it’s to quietly excuse yourself from the situation, delete the comment (if it’s your page), take it to the moderator, turn it against the person or — and this is the least desirable, but sometimes necessary — ‘argue,’ all depends on the circumstances.

In media matters, I will often delete comments and then make a generalized statement about expected behavior in areas that I control. In public environments I will take the person aside and have a quiet discussion about expected behaviors. If it’s someone else’s territory then it’s good manners to take it to the host rather than getting involved in a row. Often the person whose territory it is saw it, doesn’t like it, but until someone complains isn’t going to do anything. Your politely bringing it to him or her, is the call to action that person needs to tell the other person to knock it off. This strategy creates allies and if the self-soother goes off on the host… well, he brings on himself what happens to him. Mostly because other people will back up the host. On the rare occasion where a negative response from you is the best response, the response must be more extreme than the other person expects. (It’s like a person who is normally calm and polite blowing up. It’s not only no longer fun and games, but everyone else knows the other person really crossed a line to warrant such a response.)

However, turning it against the person, I personally find the most satisfying. Here’s something about someone self-soothing in public. First is it’s pretty one directional. Second it’s limited range. It’s really not that hard to side step and keep it from getting on your shoes — if you can remain calm. The harder the person tries, the worse he or she looks. Once you look at verbal attacks as:
A) Self-soothing
B) Making a spectacle of oneself
C) Trying to get you to do the same
your definition of ‘winning’ changes. In fact, you can help everyone else relax about this unacceptable behavior. Remember the purpose of the self-soother is to provoke a negative emotional reaction. That is that persons perception of power; that’s the ‘win’ he or she is going for. Anything other reaction and that and the person loses.

A strategy I like to use both in attacks and ad hominem (but mostly the former) is to pretend that I didn’t hear the attack and respond to the person’s — usually very weak — points. Responding as if that person was legitimately trying to discuss the issue. Think of it as an opportunity. That person has given you a great platform. It’s almost like someone feeding a comic straight lines.

Here’s the person hiding his attacks behind supposed points and there you are calmly responding to and expanding your position on the subject. You’re not getting mad or emotional, you’re sticking to the subject. Anyone who is watching sees you remaining calm, polite and reasonable while the other side is running around in circles, screeching while playing with themselves.

Knowing that, which side is going to have more credibility?

If you can keep your zipper up, the answer is yours.

In conclusion, remember something very important. Between stimulus and external reaction there is a gap. A gap that we normally are going so fast with our habitual and internal emotional reaction that we fly right over. We have been doing this for so long we don’t think we have any control. We feel an emotion and we have react. NO! Our emotions do not control us — unless we let them. We can have an emotion, but that is all it is. An internal stimuli telling us what we should do. You don’t have to do that. Someone verbally attacks you? Where is it written that you have to counter-attack? Where is it written that you have to self-sooth in public? This especially knowing someone is trying to bait you and make you look just as bad as them.

If you really want to communicate your point to people, don’t fall for that trap. You can start by learning to spot the difference between a logical fallacy and an attack — especially on the internet.

* Although not an exact example you can see the idea in action at the end of the movie “A Flock of Dodos.” An idea for a much needed change in strategy was shot down because the man who had done it was *gasp* a racist.

** They’ll often tip their hands and other people will see what they’re doing. (I’m talking if they’re smart, they’ll scale back and just zing you more subtly. If they’re not — and a lot of them aren’t — they’ll go on the offensive and show everyone in the room that they, not you, are the barking moonbats.

*** Flying in, shitting all over everything while screeching (and often flying away, but the person can stay).