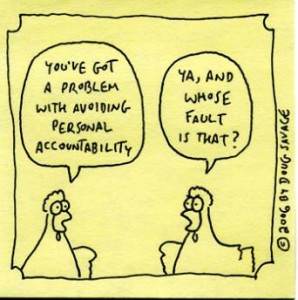 Let’s take a look at the following accepted and politically correct phrasing used when referring to sexual assault.

“Rape and all forms of sexual assault are completely unacceptable, no matter the circumstances and is *never* the fault of the victim.”

Finding fault and placing blaming is a societal construct. These terms are used for assigning responsibility for a particular violation or negative event. The terms rape and sexual assault by definition establishes that the legal culpability (blame) for the event lie with the perpetrator of the assault. 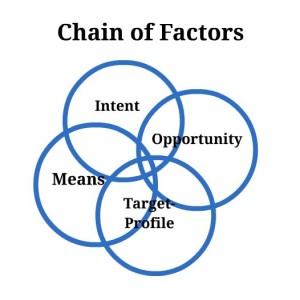 Likely-Target-Profile = More likely to be victimized

Unlikely-Target-Profile = Less likely to be victimized

Most people have a distribution of Prey-Factors that can be described by the Bell Curve. Meaning that few people have an extreme LTP or UTP and most people falling somewhere in between.

In all these situations, the Perpetrator is always at fault and should be blamed for committing the violation. But, the victim may or may not have had some responsibility in influencing the circumstances that led to the violation.