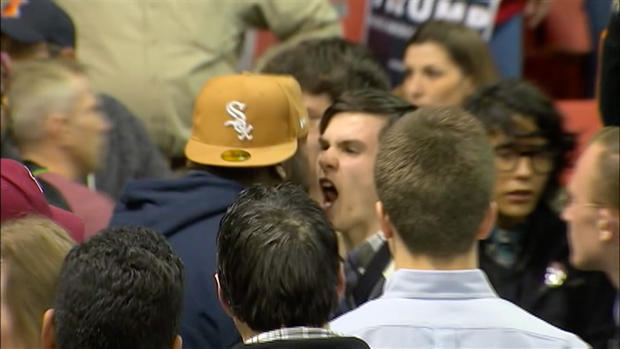 Recent events in American politics makes it clear that there is a disease spreading across the nation,

There is a school of thought that considers violence to be a disease. The basic premise is that violence is contagious . The theory is that violence begets violence. The Cycle of Violence where victims of violence are more likely to become perpertators of violence is another example. The transmission of violence happens not only through person to person interactions, but also through visual and visceral means communication such as sensational news outlets and social media.

Violence can also be thought of as a tool. A tool that can also be used to create order out of chaos and mayhem. A tool that is an integral part of the enforcement of the rules of society. It is the very real threat of violence that is the follow through when other means have failed. In this case, it is violence that minimizes violence. Properly applied and effectively used violence can stop violence.

All of the above behaviors are contagious in the same manner that violence is. Many of these types of behaviors usually precede and accompany the violence of conflict -mismanagement.

‘On the other hand, the violence of conflict management is used to solve problems.  It is the calculated use of force that is the most effective option in certain situations. Throughout human history, violence and the threat of violence has been used as a tool to create and maintain order in civilized societies.

Conflict management can also be seen transmitting in the same manner as a viral disease. In this case, order creates further order. Feelings of trust and security create more feelings of trust and security. The multiple behaviors of conflict management are the opposite of conflict mis-management, but both are contagious. For example, emotional thinking is replaced by rational decision making, fear and rage are replaced by calm and clarity. Just as one person can create chaos and mayhem with wanton violence, so can one person create order and security through the judicious use of violence.

Instead of thinking of violence as needless and random, it is useful to think of violence as the logical and inevitable result of certain behaviors. Conflict mis-management will create the conditions that will ignite in violence. Not every time, but reliably so. Whereas, conflict management will serve as a buffer to reduce violence, but it will not end the use or need for violence.

Replace the word “violence” with the phrase “conflict -mis-management” in this video and see if it still makes sense.