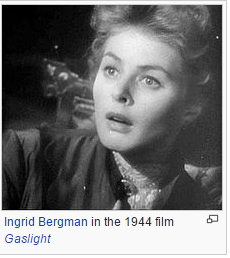 Actually I’m not impressed in telling someone their experiences, feelings and opinions are wrong. It’s not only negating, but it’s the first step to gaslighting.
https://en.wikipedia.org/wiki/Gaslighting

Yet telling others what they think is a real common strategy for the social justice warrior crowd.

Second who the fuck is the author to authoritatively state ‘this is the way it is’ — no doubt, no question, I speak for everyone? How does that person know what is happening with people? Let’s divide this.

A) How does that person know what is in the minds and goals of everyone who marches under that banner? Has she spoken with EVERYONE in that movement and confirmed that a power grab isn’t their goal? Or is she just projecting her own agenda on everyone else on her side?

B) How does she know what’s on the mind of the other side? How does she know, what people who have problems with the purported agenda are thinking? Has she talked to them? Any of them? Or has she only been talking to like-minded people who get together and tell each other what the other side is thinking? (a’la Kipling’s “The Jungle Book” “It is so because we say it is so.”

The problem I have with Labelists is how ANY objections or problems brought up regarding their idealism and potential consequences immediately gets dismissed as “You’re just a ____(fill in the blank)” or “You’re against ____(fill in the blank)” Which automatically makes you a bad guy, a bigot, an oppressor or any other ad hominem they care to throw. (For example, if you’re against paying for unchecked spending for birth control, you’re suddenly against a woman’s reproductive rights and for oppressing women). Maybe, just maybe it’s about something other than ideology.

Once you slip into labelist thinking (and behavior) there is a perception of incredible power. You literally become an omniscient god, you know all, you see all, you understand all. All the complexity of life, motivations and reasoning fall away. You are gloriously endowed with superior knowledge why the rest of humanity is wrong (for not thinking like you do). In short, by becoming a labelist you get a massive ego boost — without the downside of actually addressing the problem.