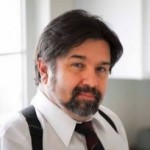 Okay, you may have noticed an apparent pro-gun leaning in my postings lately. Just so you know, I don’t stockpile guns, I don’t routinely carry a gun. I’m not rah, rah guns. I’m not a gun nut.
What I am is concerned.Over the years I’ve dealt with personal safety of the individual in situations with other individuals (although crossing a gang is not exactly ‘good times.’) Simply stated, through all those years I’ve strongly advocated the idea that you, the individual have a lot of control over if you end up in violent situation.

I still strongly advocate that position. Because if you are not in certain professions, have decent emotional control, not living in a lousy area or living certain lifestyles, the odds of you being involved in violence are pretty low. With good lifestyle choices safety is pretty easy.

Now granted a lot of times I didn’t make those good decisions and other times it was my job to go into dangerous situations. However, those were my decisions and for good or bad, I lived with them. Mostly…
What you may not know is that 2000 -2010 was the first decade in my life where I was NOT at ground zero of a riot or just a few miles down the road from one. Not that I was doing anything, I was just there when the fecal matter encountered the oscillating blades. In LA in 1992 it was me and about 5 million other people. There we were, minding our own business when…

Inherent in everything I have ever written is the understanding that when elephants dance the only thing you can do is get out of the way. You’re not going to change the elephants or what they are doing, but you can keep from getting squished. Which brings us back to what you can do.

One of the biggest issues about MOST violence is it’s personal. It is about you. It’s about what you have done to end up there, how much force is going to be used against you, legalities, how much force you should use, etc., etc. All of that still applies — to those situations.

What I am watching is the rise of the OTHER kind of situations. When you’re dealing with a pack, racial targeting, a mob, civil unrest (riots for the rest of us), an active shooter or a terrorist attack, ALL of that goes out the window. Your kung fu isn’t going to save you.

Okay sure you can kung fu and run like hell, but what is going to save you is 1) running and 2) them not following you. (And just for the record kung fu and run has a pretty groovy track record in personal violence too).
But the nature of the violence you’re going to be facing in these kinds of situations (that are also growing in numbers) is different than personal violence. Different in nature. Different in goals. And different in what it’s going to take to handle it.

“But what if you can’t run?” Hey know what? When facing a mob, a gang surrounding you or looters trying to kick in your door, that FINALLY becomes a legitimate question. See most people get themselves rattlesnake cornered (the American rattlesnake is so stupid it can be ‘cornered’ in the middle of an open field.) But when trouble is ubiquitous… yeah running can be hard.

Unfortunately, I know of no better means for you to protect yourself when such not-so-good times come rolling down on you than a firearm. Am I talking a shoot out? No. Shoot and run works both ways. You can shoot and run, or you can shoot and the mob runs. Either way, shoot and run. Do I hope and pray that you’ll never have to use it? Yep. Am I a firm believer in better to have and not need than to need and not have? Yep. Been at ground zero too many times and had ground zero come rolling down my street too many times for me not to.

Ordinarily, 99% of the time other options than a gun are more appropriate. Use those instead. (Really this is why you need to have a tool box, not just one tool.) Having said that, I’m seeing some growing trends in society that are likely to increase that 1% to a much larger number. Do lifestyle choices and careers still increase or decrease your chances? You betcha. Am I advocating you carry a gun every day? Nope. Not even close. Am I hoping it will never be anything more than a dust collector in your home. Yes. Do I think times they are a changing? Unfortunately, yes.

Do I think that these are going to bring about the fall of civilization or the collapse of the West? I doubt it But those are dancing elephants. My concern is a little more personal for my readers. I’d really rather be able to sit down with you afterwards and have coffee or a beer and say “Wow that sucked. Glad it’s over and you came out okay.”