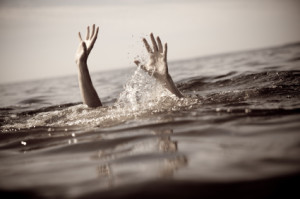 “I Want to Learn Self-Defense”

Many people confuse learning self-defense with learning to swim. The thinking falls along these general lines:

Survival swimming competency can be achieved in a reasonable amount of time. Once you “know” how to swim, falling into a pool, meandering river, lake, etc. shouldn’t necessarily result in your death by drowning. Survival swimming ability makes you more confident and less fearful around bodies of water.

People extend this same logic of survival swimming to self-defense. They visualize being attacked in the same manner as falling into the water. The ability to swim is similar to the ability to fight off an attacker. The problem is that “it’s not that simple”.

For starters, unlike swimming where a non-swimmer is likely to immediately start drowning when placed into deep water, most people are likely to survive the most common attacks by using their existing natural resources. Most people have the innate ability to yell, scream, strike, kick, bite, claw, scratch, gouge, run, and generally make a huge fuss without any previous physical self-defense training. Since the majority of attackers are not highly motivated, the targets of these attacks already have the physical ability to “defend themselves” and have a decent chance of causing their attackers to disengage from the assaults.

Unlike the non-swimming adult, who may never have been in a body of water and therefore has no idea of how to swim, human adults have been “defending” themselves in some manner from other human threats (of different degrees) their entire lives. They have already developed and used strategies, tactics and techniques to deal with interpersonal conflict. Unfortunately, many times these methods are ineffective and have become ingrained and habitual (scripts).

The non-swimmer has minimal pre-conceived notions and bad swimming habits. The self-defense student is filled with pre-conceived notions and bad “defensive” habits. The non-swimmer knows that he or she must take action and start swim to avoid drowning. The self-defense student is plagued by the fear of negative consequences from taking the “wrong” action.

The swimmer that falls into the water and swims back to dry land, sees his or her actions as a success. “Good thing I learned how to swim”, is the thought. A person who is attacked, resists in some manner, and eventually escapes is still traumatized by the event, particularly in the case of a sexual assault. Frequently, he or she suffers from negative thoughts and self-doubt about what could have been done differently. That means even if you successfully escape from your attacker, you will still suffer negative consequences and trauma.

Most self-defense students want to learn “survival physical defense”, yet they already have the capacity to defend themselves from the majority of non-highly motivated attackers. But most people do not use their existing ability to mentally, verbally, and physically defend themselves because of fear of negative consequences and ineffective ingrained habits previously developed over the course of their life. And if they do “defend” themselves, they are still traumatized by the attack even if they escaped without serious injury. Others have ingrained behaviors and habits that put themselves at greater risk from either the attacker or societal repercussions. They make the situation worse when they engage in their “defensive” actions.

In addition, despite claims and beliefs to the contrary, unless the self-defense student is willing to put forth a considerable amount of time and effort, he or she is unlikely to be able to physically defend him or herself from a highly motivated attacker. Therefore, the most effective means of self-defense is to avoid and deter assaults from all types of attackers. It requires having the knowledge of WHAT to do and WHEN to do it and WHY to do it and WHY not to do something else. Self-defense training requires taking into consideration the student’s previously ingrained defensive habits and fears, all of which will inevitably effect the student’s acquisition and execution of new skills and understanding.

It should be clear now that learning self-defense is NOT like learning how to survival swim.

Self-defense is more similar to wilderness survival where it is your ever increasing knowledge and skill base that keeps you safer. Bad habits and practices are replaced with better and more effective ones. Increasing understanding and skill is associated with being able to do more, to go to more places and in a safer manner than those with less understanding and skill. Dangerous situations are avoided and risks are minimized. If an unexpected adverse situation arises, it is dealt with effectively without resorting to bad habits and succumbing to emotional thinking and pre-existing fears.

A more functional thought process should be:

“I want to learn self-defense,

so that I can better learn how to minimize the negative consequences of unwanted aggression,

so that I can have better peace of mind,

by better identifying, assessing, and acting before, during, and after potentially dangerous situations,

in order to create the best overall outcome for me and those in my care,

while also avoiding legal and societal repercussions from my actions.”

Some Thoughts on PTSD – Marc MacYoung

The Biggest Pre-Attack Indicator Of Them All – Marc MacYoung

The Two Kinds of “How”. Which One Do You Use? – Erik Kondo

What It Costs and When It’s Worth It – Marc MacYoung

To Fear or Not to Fear – Erik Kondo