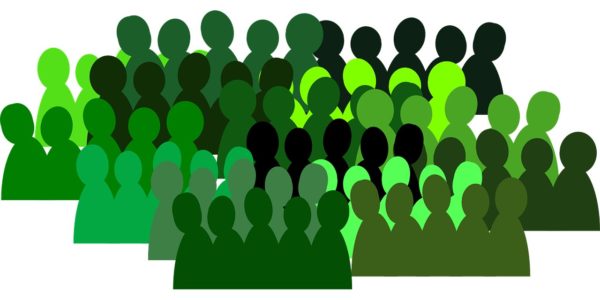 If we divide types of groups into individualistic, socio-centric and divine we get three different ways to organize things.

Socio-centric is the group comes first (and by extension the individual gets his or her needs met through the group). The plus side of this is that the group provides safety, food and other resources in environments where these are not guaranteed. The negatives we’ll discuss in a bit.

Divine is life is transitory on the way to bigger and better things so let’s keep our bodies and spirits pure and aim for the golden ring. (Think Ancient Egyptians, theocracies and veganism.)

Now each of these approaches have their limits and draw backs. One of which is because of fascism and communism in the 20th century socio-centric has a bad reputation in the West.* At the same time, we can never quite break free from the idea. Absolute individualism is a bunch of feral cats competing for resources. So we end up with a big ball of wibbly, wobbly, timey wimey …stuff.

One of the more interesting points about individualistic vs. socio-centric systems is that in the first, the individual has no responsibility for the misconduct of either the group or done in the group’s name. Whereas in the second, being a member of a group makes you culpable for the misconduct (or perceived misconduct) of the group. That’s the downside I said we’d get back to.

Now I can talk about the ‘No True Scotsman’ logical fallacy until I’m blue in the face and people will still not get it. So I’m going to try to explain it this way.
We — in the West — tend to switch from individualistic to socio-centric faster than we change our underwear. (I’m serious about that, unless you change your underwear several times in a single conversation.)

When condemning others — especially someone we identify as part of a group we loathe — we’re very socio-centric. You’re part of the group and therefore you are to blame for the bad behavior of that group.

On the other hand, when face with the bad behavior of our own group (or done in the name of the group) we’re very individualistic. Not only do we distance ourselves from the group (because we’re free thinking and well behaved individuals), but while we’re at it, that person who is saying and doing such is also an individual and not representative of the group so you shouldn’t …

That approach is just a little too convenient and prone to abuse and manipulation for my tastes. As in, don’t piss down my back and tell me it’s raining.