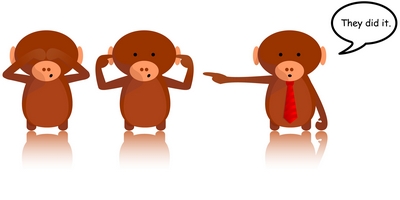 Now think about some of the advocates of social change. Pick a cause, Black Lives Matter, Blue Lives Matter, Anti-Violence, Anti-Street Harassment, Gun Rights, Gun Control,  Occupy Wall Street, Pro-Life, Pro-Choice, Feminism, Men’s Rights, whatever. The list goes on and on. What many of these advocates and organizations are complaining about is a lack of personal and societal accountability; by other people, by society, by other occupations, by other races, by other religions, by poor people, by rich people, by immigrants, by the privileged, by women, by men, by companies, by the unemployed, etc.

And they are right. It is the lack of accountability for the actions of certain people and certain organizations that is the heart of many social problems.

When people and organizations take responsibility for admitting mistakes, correcting errors, finding solutions, enforcing rules, punishing violations, and righting wrongs, systemic social problems get solved. But many of those that complain about the problem of a “cultural lack of accountability” also lack accountability themselves. They only see other people’s lack of accountability. They don’t see or acknowledge their own.

Having accountability means that:

Remember, Accountability is a two-way street. If you act like it is a one-way, then you’re an a**hole and part of the problem.