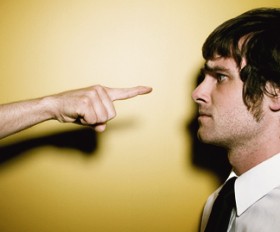 Or so we’re told.

For the moment we’ll overlook the glaring hypocrisy of that statement (Hint, it’s in the judgmental angle of ‘wrong’ to judge…)

However, being lectured about (or beat over the head with that soundbite, if you will) with ‘how wrong and judgmental you are being’ has become a common tactic to shut you up. Being told you’re judging someone because they’re _____(fill in the blank) has become the defacto weapon of social justice warriors, advocates and people who like to claim they’re the victims. Victims of oppression, discrimination and micro-aggressions from society. Just ask them, they’ll tell you the horrors of being judged by narrow minded, bigoted, privileged people who are controlling society.

Here’s a shocker. To a point, I agree with them.

In an overwhelming majority of cases, it’s not really a good thing to judge someone only because of one thing. Again, ignoring the hypocrisy, first labeling someone as only one thing, but then writing that person off because of that label isn’t really fair, open-minded or making you a better human.

But that’s where the things start to fall apart. Starting with the premise of “I’m a _____ (fill in the blank) and I’m being negatively judged because of it by haters and bigots out to oppress me.”
Notice the trainload of baggage that follows “I’m a ____”.
I specifically point it out because what is going on there is … interesting. It’s not just that there’s a bunch of train cars attached. While we can easily see the freight train, there are some things that are harder to see — even when you’re looking at train.

Starting with there are a whole lot of unproven and assumed baggage packed into those train cars. I’m talking Inigo Montoya “You keep on using that word. I do not think it means what you think it means” level. People who make careers out of victimhood have a bad habit of redefining words to mean whatever they want them to mean. (And they’ll redefine on the fly too — especially when their arguments are falling apart.)
Here’s the interesting point, they’ll use a term with absolute conviction, but when you ask them for a clear, stick to it definition, things get … squishy. For example see if anyone can explain what this modern ‘oppression’ they are facing without having to go back in history and describing circumstances that no longer exist today. Instead of giving you clear example of modern ‘oppression’ they’ll tie it to past wrongs and try to get you to believe it’s the same thing. This rather than using a less condemning word than ‘oppression.’
The second thing that is buried in all those train cars is the individual doesn’t matter. Except when it does — and that individual gets to pick and choose when that is.

It’s NOT that the individual who is standing in front of you has actually gone through these horrible things, but the group he/she identifies with has. By self-labeling oneself as being of this group, the pain, suffering and injustices of all those others becomes the individual’s pain and suffered injustices (if not casus belli). First off, that makes the person morally superior to you because you haven’t suffered like he/she/they/my people/my sex has. Second, targeting. Pay close attention to this because this self-labeling often comes hand-in-hand with labeling you as one of their oppressors. That label is often a carte blanche to attack. (But wait wasn’t judging and labeling people wrong?)
About that. The thing to watch here isn’t where the queen is; it’s that the whole thing is a three-card-monte game. Let’s say that the queen is responsibility. You’re trying to watch were it is among the all shuffling thinking if you can guess you’ll win. No. Even playing means you’ve lost, because the win is them hanging it on you. My people shuffle, shuffle, your people, shuffle, shuffle, wrongs done, shuffle, shuffle, I’m innocent, shuffle, shuffle, YOU’RE DOING IT AGAIN!
The second thing about what’s on that train ties into the the third. That third is hiding in plain sight: Deflection
Certain segments of society have been conditioned to recoil when confronted with “You’re only doing this to me because I’m ____(fill in the blank)!” And if you don’t, they get to call you a ____(fill in the blank) and claim you’re part of the oppressors. Two things about this.
One, in a passing situation this is kind of like a squid squirting ink to escape. You’ll be called all kinds of things as they pull their “Elvish has left the building.” (And if you don’t know how to handle it, you’ll be left standing there awkwardly with everyone staring at you thinking, “Is he a ____ ‘fill in the blank?)”
Two in an ongoing situation, there’s a serious fear of the person will run to an authority and report you. Whether Human Resources, University administration, or some advocacy group or even the cops, this person ‘wins’ by causing you trouble through proxies. That’ll show you.
I tell you this because of how often people who use this tactic deflect attention from a problem they are smack dab in the middle of by creating a problem for you. They’re not the problem you are. That way they can run around squawking “Help! Help! He’s oppressing/ judging me!”
Here’s something that isn’t exactly on or off the train, but has some interesting implications to consider. Different is different, but it achieves the same thing.
As long as it achieves the end goal, that it’s different is not really the issue. It’s not good, it’s not bad. It’s a different way to do things. Yeah there’s lots of differences, nuances, tweaks and influences, but Thai food, Italian food, Russian food, Turkish food, Soul food are ALL food. Rocks aren’t food.

Yet, because some of people don’t distinguish between just being different and not achieving a goal they’re very susceptible to the above mentioned tactics. Do not think for one second, that the people using these tactics aren’t aware of that and exploiting that lack of knowledge. (This idea will become important in a bit.)
Getting back to the train. So there you have what’s in that trainload of assumptions and buzzwords that person is using. What is interesting is what isn’t there. And why it isn’t there.

Accountability is the biggest of what is missing from the train.
Hell, not even personal responsibility, I’m talking accountability. That’s another reason why ‘the individual doesn’t matter’ is such a big part of this deflection game. By making it big and grandiose it’s like a single fish hiding in the school of fish. Any negative consequences is not based on what that single fish is doing. The turn around is “You’re doing this because he’s ____ (insert type of schooling fish.)”

The accusation itself is a red herring. Worse, it’s magic. Somehow, through this person’s psychic ability, he or she somehow has reached insider your head and knows that ONE thing is what you’re judging them on. Yet, how many people have been conditioned to flinch back when accused of judging someone because he/she is ____(fill in the blank)?

Well thing is, most people don’t tend to judge on just one thing. Now granted some do, so that can’t be entirely ruled out. But overwhelmingly it’s a combination of things we make judgements on. And THAT is what your accuser wants you — and everyone else — to forget.

Ask yourself are you judging someone because of just one thing? Or is a check list of problems?

Here is where the ‘different is different, but it achieves the same thing’ comes home to roost. That check list usually means things aren’t getting done. That’s the problem, not that you’re a ____(fill in the blank)

Quite frankly, an overwhelming majority of people don’t give a rats ass if you’re a black, transgender, lesbian with a love of sequins and Irish folk music. What they care about is that A) you’re nice. B) you’re reliable and C) you’re not an asshole.

This is where a lot of people who are screaming ‘you’re judging them because I’m a ____(fill in the blank)’ fall down. It’s not one thing you’re judging them on, it’s failing so many of those things on the check list that they’re just too much of a pain in the ass to deal with.

It’s really funny to see how fast people will accept different if it meets A, B, and C. Are you marginalizing them? Hell no. If she’s the best accountant you’ve ever had, you’re not going to care that she’s a black, transgender, lesbian with a love of sequins and Irish folk music. But if she’s a complete screw up and drama queen to boot, you’re going to find another accountant.