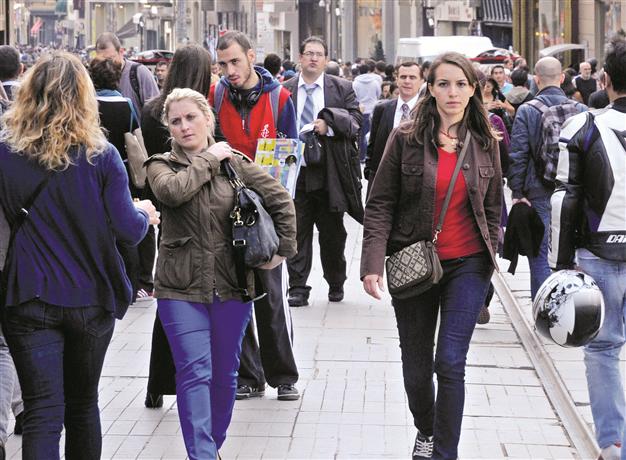 Are they right? Yes and no.

There are powerful forces in society that directly benefit when women are not assertive due to their fear of being perceived as aggressive, as angry, as a bitch. These forces are so successful in comingling female assertiveness with bitchiness that very few women (or men) can provide an example of what it means to be “happy assertive”.

Assertiveness can be a straightforward method of communication without a specific emotional attachment. Aggressiveness is usually powered by strong emotions. But assertiveness need not be. A person can be calm assertive, happy assertive, sad assertive or any other type of assertive.

For example, imagine you go to a concert and your favorite band is throwing T-shirts to the crowd, what do you do? If you really want a T-shirt, you jump up and down, you wave your arms and call out. You are being happy assertive. You are clearly communicating your desire for a T-shirt. If you push people aside or rip a T-shirt out of someone’s hands, then you are being aggressive.

Assertiveness is a powerful tool for boundary setting. Without it, people are less likely to set boundaries. They depend unclear methods of communication such as body language or hedging words and phrases. They say “sorry”, even when they’re not. They depend upon other people’s goodwill to respect them. And eventually, after being bottled up for too long, they explode in anger and really do come across in an aggressive manner. They come to depend upon feeling angry to truly speak their mind. When they are not angry, they resort back to passive and unclear methods of communication to avoid unwanted conflict and negative emotions.

Society to it’s detriment, tells women that it is very important to be liked. Being liked comes from being nice. Being nice means acquiescing to other people’s demands and not being assertive. And certainly not being bitchy. As a result, female respect is sacrificed in this eternal quest for likability.

Society benefits when all it’s members respect each other, engage in clear communication, and assert their rights. Manipulative and predatory people benefit when people don’t. They feed off chaos, confusion, distrust, and disrespect.

When we make it more acceptable for women to be assertive and set firm boundaries, society as a whole will win. Women will feel more supported in calling out the bad behavior of predatory and manipulative people which in turn will help to curtail it and diminish those that engage in it.