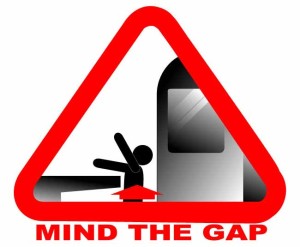 There were things that used to be taught/enforced/assumed/demanded by circumstances. We’ve moved away from them without understandinga) why they’re important orb) how they affect our attitudes.For example, I didn’t watch Deadwood when it was first airing. Years later when it came onto Netflix I did a marathon. One scene that particularly stands out in my memory was the Doctor outside his home splitting wood. To the story it was utterly inconsequential, but I REALLY liked that. Primarily because it shows how far from the requirements of life we have come in just over 100 years.You want heat in the winter? Chop wood. It doesn’t matter if you’re a miner, a whore, a shop keeper or a doctor. Anyone can swing an ax. If you can get someone to do it for you or buy it — cool. But there is no automatic assumption that the wood will just magically be there. If it’s there, it’s because of labor. And everyone understood that, because everyone was in the same boat. Also, if you’re just chilly, suck it up. If you’re really chilled, put on a coat. You need to save the wood for when it gets REAL cold.Now however, if you’re cold, just turn up the thermostat. The extent of people’s involvement is paying a bill.Stop and think about that. it’s important. They have no idea of the infrastructure, mechanisms, requirements or logistics that go into in something their lives depend on. I’m not talking about survivalism here. On one level, I’m talking about a combination of taking for granted and complete ignorance of what’s involved in something their lives depend on.On another level, what does that do to our attitudes, beliefs, assumptions — and most of all our understanding? Understanding of not just nuts and bolts issues, but about life in general? For example, it’s easy to choose to live a vegan lifestyle in a society where starving to death isn’t an issue. It’s easy to go on about animal rights when your children aren’t starving. On the other hand, until last century, going out and killing a chicken for dinner was a child’s chore. It’s not traumatic, it’s not child abuse, it’s not cruelty … it’s what life was on this planet for 99.9999999% of human history. (Oddly enough, somehow the species survived and thrived.)This is where I’m realizing the disconnect is.People are asking about “how do I do this” looking for a ‘Set the thermostat to 72 degrees” answer — and most of them don’t even know it.I mean they legitimately don’t understand. I’m not talking a Zen “Chop wood, carry water” idea here. And that’s what’s scary. They have no idea they’re clueless about the prerequisite/frame of reference/prior knowledge and skills. Those so they can understand the answer.“I’m in danger of freezing to death, what do I do?”~pause as I try to get my head around the question~ “Build a fire.”“How do you do that?”Stop and think about that for a moment. What do you have to have, what do you have to know, what conditions need to be in place before you can build a fire? They legitimately don’t know.The reason for the pause though is if you do know how to build a fire (and you’ve gotten your little duckies in a row before the cold sets in) then the first question is so left field that you actually have to think about “Is this person really asking this?”This is missing from what they’re asking. Or worse is if you give them an answer, they expect to be able to go out and do it on the spot. While you’re freezing to death is no time to try to learn how to build a fire. And I hate to say this, but it also applies to trying to build one while you’re freezing to death. You get that fire going before you’re about to die.