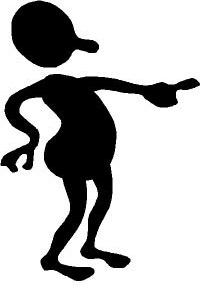 Wow I don’t know how to answer this.

Every time I tell stories about what I went through, someone says I’m lying (and making shit up to sound like an uber-bad ass).

If I don’t tell stories I’m told I haven’t been there and I don’t know what it’s like in the streets.

If I talk about issues like dealing with the cops and the legal consequences of using a lethal force instrument on another human I’m told they’d ‘rather be judged by 12 than carried by six’ or how if you think too much you’ll freeze.

If I talk about finding peaceful, non violent resolution whenever possible I’m told that I’m a punk and encouraging others to be wimps.

If I talk about recognizing go signals and acting, I’m told that I’m encouraging violence.

If I talk about training I’m told I don’t have street cred.

If I talk about real life experience I’m told that I don’t know what I’m talking about because I lack training in some studly and deadly ‘fighting art’ for distant and exotic lands.

When I teach simple things that can be learned in a weekend to keep you from getting gutted like a fish, it’s dismissed by people (whose training takes years of paying them) as it wouldn’t work against a trained knifefighter like them.

When I point out critical flaws of those systems against someone coming in hard and fast to kill you, I’m told that I’m bad mouthing these knife fighting goo-roos. Also common is when I point out fatal flaws in what is being taught — as in you teach bad information, you’re going to get your students killer or put into prison — being told that what I’m actually doing is trying to get people to come and pay me for my ultimate knife fighting system. Despite the fact that I don’t have one, nor do I teach ongoing and never-ending weapons systems, much less certify people as ‘knife fighters.’

I think I’m just going to have to settle with you thinking me a coward and a wanna-be. That’s your prerogative. Just do us both a favor and don’t teach those dangerous flaws I talk about. Because it’s not going to be you that’s going to die or go to prison, it’s the people who trusted and paid you