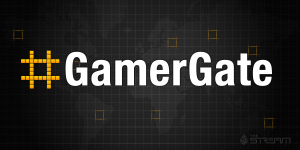 In the form of this article (read it first)http://www.reaxxion.com/6272/why-male-gamers-must-defend-their-territory
And now, having finished the article….

He leaves out a third motivator. Attacking others, being outraged, vicious and hating is their hobby. It is their version of FUN.

I wrote this about problem neighbors who live by the feud
http://www.nononsenseselfdefense.com/problem_neighbors.htm

The author makes this comment: — It has taken a blatant, undisguised assault on some of the least-threatening members of the male population…

I think that is a VERY important point. One that is overlooked. That it has become overlooked I think is a both a mistake and …well encouraging, as I’ll soon show. But, before we do that, I want to look at his claim that feminism has ‘won.’I don’t think the new breed of feminism has won. I think the old breed of feminism was part of some important changes, but it didn’t win either.

All the credit does NOT go to feminism. Hell the women’s suffrage movement worked for the women’s right to vote and got it in the US in 1921. But the unseen force in that is the amount of male support to the idea. Women in the work place? Well start with technology making jobs less physically demanding. (WWII did more for women entering the work place, than feminism.) The sexual revolution didn’t come about because of feminist campaigning, it came about because of the pill.

What’s fascinating is each of these changes did NOT come about just because of tireless, noble campaigning for the rights of women by feminists. They came about because changes in circumstances opened the gates for a change in society. Society moved that way, found a working norm and settled with it. YAY us!

How ubiquitous is this shift? I do not know a woman who doesn’t know how to drive a car. (If there is, you’re going to have to go to either absolute the fringes of society, mental handicap or into the deepest levels poverty.) Why? Because when it comes to operating that complex piece of machinery, the position you’re in when you pee does not matter. Society itself moved in that direction without the ‘guiding wisdom’ from feminism. So claiming that it was only through the tireless efforts of feminists of the past that women were gifted with the right to drive is hyperbole. Yet, it is a claim I’ve heard modern feminists make.

I use those working and driving example to point something out (also something I tend to disagree with the author about). I think mainstream culture has moved beyond the relevance feminism — especially the fragmented and ideologically extreme versions that currently exist.

Four fast subpoints. One, I was watching a show on the rise of the Nazis. One of the speakers points was pre-Wall Street crash, the Nazis had almost died out. The Weirmar had borrowed from the US and Germany had been in a boom. During these stable times, nobody was interested in the Nazi’s message of hate and doom The speaker commented that it was a party that could only flourish in dark times (which when the Depression hit.. well there you go). When times were good (or even okay) people didn’t listen to their negative message. I’m thinking a strong parallel can be made about the disjointed messages of modern feminism. Overwhelmingly people don’t buy it because it’s too dark, too angry, and too far out for them. (Putting in other terms, it’s got no relevance to their lives. Nor does it reflect life as they know it.)

Two, is as this migration from relevance has occurred, the movement has turned its attention to smaller and smaller subsections — even fringes — of society (e.g. gamer, sci-fi and even atheism [No shit, look up A+ atheism]). Oddly enough there are enough middle class white people in these circles that those doing the incursion aren’t told to fuck off. In short, the aggressive social justice warrior tactics — a.k.a. being an aggressive, verbally abusive asshole — won’t get them punched in the face. So it is safe to play these kinds of silly reindeer games in these circles.

Three, a friend and I were discussing a particular religion. He pointed out that what people consider some of the more ‘extreme’ aspects of said faith were to “Limit the madness.” Specifically, there were people, inside the faith, who wanted to take things further. In order to maintain unity and cohesion, the church decided “it ends here.” Boom! This is how we are going to do things. This so called ‘extreme’ is actually what everyone can live with and still function. So it really isn’t that extreme. Are the real extremists going to be happy? No. They didn’t get what they wanted. Things Are the more mellow people going to be happy? No. It’s a pain in the ass, but okay we’ll do it.

But the key point is that this ‘compromise’ still allows things to function. Don’t look at the way things are in society as ‘extreme.’ Step back and look at it from a functional perspective (but extremists wanted more). This perspective kind of undermines the author’s contention about feminism having ‘won.’ With technology and some serious limitation being solved, society shifted. Societies do that. These shifts has been a constant through out history.

And that brings us back to getting off on being a trolling, trauma drama queens, outrage addict and feuding hobbyist. As well as the feminist campaign against those sexist, misogynist, privileged, male gamers. But realize feminist behavior, along with their demands and claims, have gone so far overboard that they have lost credibility in the mainstream. So they are reduced to trolling in smaller and smaller fields. Fields that previously they’ve ignored. Fields that well, are pretty well isolated from mainstream society anyway.

So yeah, sorry gamers, it’s your turn to be targeted by their wrath.

There is good news and bad news about this. Good news is if modern, fragmented feminists are fighting over these fringe areas, it means they’ve pretty much lost all credibility with the rest of society.

The bad news…well, there’s more than one. But to understand the next good news, you have to know this. The author is right. Gamers are for the most part the most socially innocuous group of people you can find. And straight up, you really have to be an asshole to get them riled up. Same goes for the sci-fi crowd. There are many issues about being socially … well let’s just say that there’s a lot of social awkwardness in these circles.

That is what makes them safe to attack and bully. The fact that modern feminists have targeted them is, in many ways, like kicking a cripple.

The fact that the gamers are coming right back at the feminists is the cripples are kicking back. (Conversely, mainstream folks, it doesn’t do you any credit that a bunch of nerds are doing a better job standing up for themselves than you. Mainstream has just marginalized feminism. The gamers are actively standing up to them.)

But, here’s the bitch. In how they are kicking back, many gamers have fallen into a trap (i.e., don’t wrestle a pig…). The way the gamers (and some in the sci-fi world) are coming back at these attacker feeds into the feuding mindset and strategies of the invaders. So instead of protecting oneself or driving these social justice warriors out of the areas, the SJWs are encouraged to continue to attack. Yeah baybeeeee… I got my feud!

See real feuding and wars have some downsides. Namely you can get killed for participating. Real life also has some limits, like oh say the police and/or getting fired. Whereas internet outrage? Man, that is safe and eternal. You can engage in this behavior as long as you want and never, ever really fear for your safety. In fact, that can become part of the hobby. OMG! Someone doxxed you! (Bitch, until you’ve had to dive for cover coming out a door because of bullets, don’t talk to me about how much danger you are in — because you picked a fight on the internet.)

As a howlingly funny aside. The credibility of the claim that female, lesbian, ethnic science fiction writers are under constant attacks by oppressive white male readers and the patriarchal control of sci-fi fandom (no I’m not making that up) was dealt a serious blow recently. It was discovered that a significant amount of this behavior aimed at female authors was coming from a Thai, lesbian sci-fi author (who’d won awards for her writing) operating under various pen names and avatars. Yep, the claimed bad behaivor was happening. But it was coming from inside their own camp.

Now the really bad news is that as long as these dust ups happen in the fringes, mainstream society doesn’t care. Hey, two groups of weirdos, slugging it out? Not my problem. This creates the issue of there not being a lot of support for either side. (Not a good thing, gamers.) In short, gamers, comic con folks, sci-fiers aren’t really helping their image by wrestling these pigs.

A big issue is that these circles — as they fight for their territory (and yes, they are going to have to)– is the need to draw in outside approval for their cause. They don’t do this by wrestling pigs. They especially don’t do it by flying off the handle (e.g. doxxing). Yeah, they need to tell these barking moonbats to GTF out of their hobby, but they also have to present to mainstream society that said moonbats came to them and started shit. (Hey, we were just hanging out and playing our games or reading our books.)

I promised you some good news. For the most part, mainstream society has written off what feminism has mutated into. So the sympathy for defending one’s turf is by in large on the side of the geeks. But that sympathy can be eroded if one tries to use the same tactics as the attackers.

Now knowing this, go back and re-read that article. Ummm, Junior you’re not really helping.