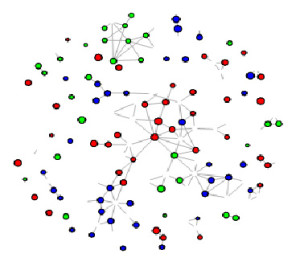 This was in response to a younger man’s declaration of self-reliance, strength, how dysfunctional groups weaken you and promote weakness. His final summation was that family was a place where he’d return to lick his wounds.

Oh what a difference a few decades make.I really understand the position of total self-reliance. It was mine for many years. Years when I thought that being strong and fast was all that I needed. Years when I roamed this earth like a lone wolf thinking that if I died it was my problem.Thing is I roamed far and wide knowing that the fires in the longhall of home were still burning — because my dad was there tending those fires. I had my bros who I stood with and we were strong. And one by one we fell — despite being strong. When it was my turn to crash and burn is when I learned the limits of my strength. And in my pain I learned. I learned that a lot of what I had thought was wrong. I learned that while strength is important, a group of strong people cover each other’s weaknesses and provide resources an individual doesn’t have. And most of all I learned how important it is to have people who not only have your back, but you have theirs.Now sitting here with scars and grey hair. Like my father before me, I keep the longhall fires burning for my roaming kinsmen. A place for the travelers to return home to, a place where if hell comes a calling to someone who is out there roaming, I can bring resources to bear.I expect my kinsmen to be as strong as they can. But the resources of the clan is much, much stronger. Which calls into question your contention that the group is only as strong as its weakest link. That’s a chain, not a complex group dynamic.