I wish people actually understood that VERY seldom will a punch kill.

First, punching by itself is one of the least effective ways of attack (that’s oddly enough why it’s such a big part of social violence/dominance struggles – you don’t want to injure the guy thereby weakening your tribe.) Two is the human body is designed to take impact from the front, So ineffective attacks paired with our bodies defenses. Third, as there are inherent strengths in our bodies there are inherent vulnerabilities. There has to be otherwise we’d be stone statues incapable of moving. Hitting these spots create extra bang for your buck. However, the same blow four inches in another direction bounces off ‘armour.’ In a scuffle those spots are moving and really hard to hit, that’s why they’re so seldom hit. When they are the results make everyone go “OOOOOH see how effective hitting is!”

Look at the video again. What was a wild swing happened to land just right. Six inches either way, one second either way, and it would have bounced off. But things just came together in that one hit. And it caused a temporary black out/brown out to the struck guy’s nervous system. Like the power outage the guy ‘shut down’ for a second. EXCEPT as he was in the process of moving backward, while any control of his body was gone, the momentum remained.

Straight up, if this guy died, it wasn’t the punch that killed him. Kind of like the old joke the fall won’t kill you, it’s the sudden stop at the end. The punch took away his body control, the fall occurred, what killed him was cracking his skull on the concrete.

The thing is most people when they are fighting think they are engaging in self-defense. This isn’t even close to the truth. And this mistake is compounded by so much so-called ‘self-defense training’ actually teaching you to fight while claiming self-defense. No, following that kind of thinking is a good way to end up getting raped in the prison showers.

Commentary by Garry Smith
Agreed Marc, the punch leads to the back of the head meeting the concrete, here in the UK, mansaughter. 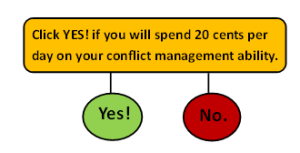