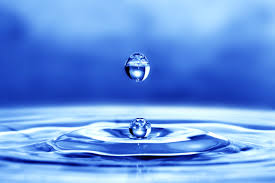 Read this first, if you haven’t already. It’s the basics of how I teach power generation. The drop-step falls under the category of power stealing. It is very simple. It is also counter-intuitive and violates a lot of what martial artists are taught from day one.

The drop-step is as simple as falling. Ernie described it pretty well in the comments of the last post, but I glitched on some of the words, so here’s my take.

Stand with your feet a little over shoulder-width apart. Lift one of your feet. You will fall. You will fall quick and hard with absolutely no telegraph. Most of you, especially trained martial artists, won’t be able to do it.

We’ve all been taught from our first class to never, ever lose our balance. And so before we ‘fall’ we subtly shift our weight to one side before lifting the foot on the other side. That creates a telegraph and, because the Center of Gravity is now just barely out of the base, changes a violent fall to a slow topple.

If you can just lift the foot, nothing else, trusting to get it back under you before you land on your face, you will move with great speed, power, and no telegraph. That’s freaking useful.

My training trick (because I’d been taught to always keep balance too) was to try to touch my left knee with my right foot as quick as I could. Or reverse the left/right. All same.

It’s not a step. It’s not a leap or a lunge. The effect you want is of a table that suddenly has two legs removed. Just fall.

You can add lunge dynamics to it, and that is one of the reason that fencers are so freaking fast. But the lunging leg adds after the fall. Other than the natural bend in the knees, you don’t load the lunging leg. That’s the telegraph and it slows you down. That lunging leg can also steer you a little.

You can also, for the record, go straight down by lifting both of your legs. There are times where that is very useful. The stupid-looking move of drawing fists to hips and dropping into horse stance is one of the few motions that can generate a lot of power (concentrated on an elbow thrust) to the rear flank dead zone.

All of your normal power generation, hip action or hip twitch, whip action, dead hand, ballistic, structured ballistic… whatever you do, can usually be stacked with a drop step for a big increase in power. When you hit, though (and this is another thing that contradicts some training) you want your attacking weapon to hit the bad guy just before your foot catches you. If the foot hits first or at the same time, that’s a certain amount of kinetic energy going into the floor instead of the bad guy. In efficient. I think the emphasis on simultaneous impact of foot and hand is a side-effect of the influence of fencing. Pointy swords require very little kinetic energy to do damage.

Ernie’s drill is good and I use it as well. Take a stance perpendicular (hips, feet and shoulders square) to a training partner. Have him throw linear strikes at your face. Fall out of the way. Gradually speed up. Once you are consistently falling out of the way, change the angle so that you are falling 45 degrees towards the threat, but still getting off line before the punch lands. Add a mirror block for insurance but do not rely on the block.

And if your training partner starts tracking your fall, have him target and shut his eyes before he punches.