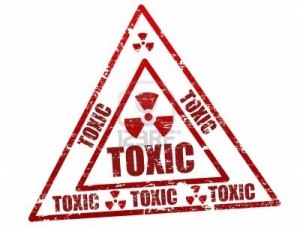 A Toxic Unfairist is an activist who spreads feelings of Toxic Unfairism in society. What exactly is “unfair” varies from person to person, group to group, and movement to movement.

Unfairism Is the belief that society is not treating a certain segment or group of the population in a fair and just manner.

Toxic Unfairism is a methodology that utilizes and capitalizes on social negativity in order to make demands that the “unfairness” be cured by society. This negative methodology comes in various forms such as:

Complaining, protesting and blaming through generalizations, othering,  stereotyping, and bias, events which are believed to be unfair and unjust that victimize and oppress a disrespected and disadvantaged group, race, religion, creed, gender, etc, where the victims/oppressed are both totally blameless, not-at-fault, guiltless, not-in-any-way-responsible and immeasurably harmed for what has transpired.

The Toxic Unfairist uses emotional thinking style rationalizations that are based on false logic, exaggerations, slippery slope arguments, and anecdotal evidence that conform to the Unfairist’s ideology and belief system.

When encountering differing opinions, the Toxic Unfairist will become defensive and accuse those with opposing viewpoints as Apologists, Privileged, Victim-Blamers, or similar. Since the Toxic Unfairist’s arguments are based on an ingrained ideology, he or she views any type of opposition as an attack on his or her self-identity and belief system.

The goal of the Toxic Unfairist is to recruit more discontented disciples to virally spread the Toxic Unfairism message and methodology in an effort to engineer society to conform to his or her ideological views.

Regardless of the “righteousness” of the cause, it is the use of this negative methodology that makes Toxic Unfairism harmful to society. The cause may have merit, but in the case of Toxic Unfairism, the cure is usually more damaging than the disease.  As part of the “awareness” and recruitment process, the Toxic Unfairist spreads feelings of discontentment, fear, and distrust throughout society. Toxic Unfairist feeds upon hostility and scorns the contented as being blind to oppression.

In my opinion, a more effective method to correct the “wrongs” in society is by using a problem solving methodology that begins with a complete investigation into the source of the wrong from multiple non-ideological viewpoints. Next, different theories and methods need to be tested and explored in order to find an effective solution(s). These solutions cannot be restricted by pre-existing belief systems.

The opposite of Toxic Unfairism are methods that promote empathy in society as opposed to othering and prejudice. Methods that promote individual and societal responsibility as opposed to depending upon blame and accusations. The use of open mindedness instead of a closed minded ideology and pre-existing bias. And in contrast to the discontented Toxic Unfairists who expect everyone else to change to their demands, solutions should be promoted by highly respected advocates who are willing to share responsibility for change among all parties involved.

Related Articles
The Culture of Victimism