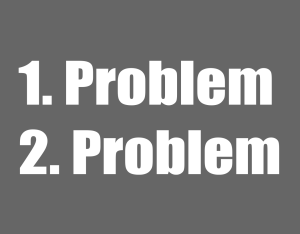 Just responded to another ‘uber macho’ quote from an instructor who will turn you into a stud if you study his ultimate fighting system. Quite naturally the folks who fear the ‘freeze’ started squawking. Here’s my reply.
***
Ummm… not only no, but HELL NO!

This is the sort of soundbite, puddle profundity that gets people killed or put into prison.

Important newsflash kiddies. When it comes to your training you have one of two problems. One, it doesn’t work. Two, it does work.

Yeah, both are problems.Thing is people blame the failure of working on the freeze WAY too often.

Ohh ohh, what if I freeze? What if my widdle winky isn’t big enough to leave track marks?

Yeah, freezing can be a problem. So what? We all freeze. We all get over it. The fantasy is that we don’t freeze and we explode into a flury of badassed, kung fu fury and drop the bad guys.

Sorry, it doesn’t work that way. Thing is if you got bad training (the move fails). If you can’t perform good training in a crisis (you fail, not the move) or if you don’t know how to pick the right tool for the right job the problem is NOT freezing. But blaming it to cover those failures is real popular.

You wanna know one of the MOST reliable ways of overcome the freeze? Give yourself permission to get the hell out of there BEFORE things go down. As in, “Hey you know what? I don’t like the looks of this. It’s time to change course.” Congratulations, you just overcame the freeze. You acted.

The problem is WAY too many people make stupid, bad and egotistical decisions based on why they ‘can’t leave,’ or why they shouldn’t have to (it’s my right). And then when their mouths have written checks their asses can’t cover or they’ve allowed themselves to be boxed in, they want some kind of magic bullet of training that’s going to save them at the last minute.

Sorry kiddies, real life doesn’t work that way. That dreaded freeze is usually the sickening realization that you’ve put your ass into the lion’s jaws and you don’t have what it takes. That’s the problem with dealing with real live violent people. Gosh golly gee, if that guy didn’t think he could take you, he wouldn’t be there. My instructor never mentioned that when he was telling me how good this stuff was.

The flip side of the coin, is that training without self-control is like giving a monkey a knife.

Yeah, your system works. Oh gosh, you’ve gotten over the freeze too. Thing you never learned was WHEN TO STOP! Wow, you’ve just crossed the line into excessive force and/or manslaughter. Whoopsie…

Thing is, what’s just a little more important than being able to do it, is knowing when — and when not — to do it. That’s because when you get all emotional and unleash hell from above, you’re going to have to answer for it.

So know despite all the “Well I’d rather be judged by 12 than carried by six” (or the “Knowing about self-defense law is for pussies”) the odds are if you’re in a situation where you use your physical training, you’re not defending yourself — you’re breaking the law by assaulting someone.