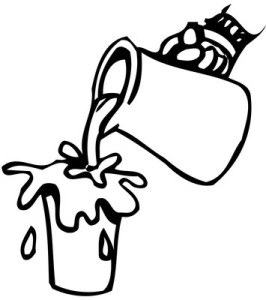 “Like this cup,” Nan-in said, “you are full of your own opinions and speculations. How can I show you Zen unless you first empty your cup?” – Zen story.

Understanding models of Violence Dynamics should be a rather straight forward process. After all, as adults we have mastered many more complex subjects such as medicine, law, physics, computers, and more. Violence Dynamics is difficult to understand, not because the subject itself is complex. It is because unlike students of the previously named subjects, students of Violence Dynamics begin their study full of preconceived notions about how and why violence occurs. Many of these notions are directly tied to their identity as a “tough guy”, “innocent victim”, or “Good Guy”. Those that engage in violence are “Bad guys”, criminals, and “evil doers”. Violence is senseless, random, and “never solved anything”.

The messages of about violence come from the media, politicians, the self-defense product and training industry, anti-violence activists, and others who have ideological agendas and profit motives. Despite their claims of benefiting you or informing you, many times their interest conflicts with yours. As a result, your cup is not empty, it is very close to being full.

The end result is that many students that not only “don’t know what they don’t know”. They also “think they know what they don’t know”, and they “don’t want to know about information that conflicts with what they know to be true”.  The entities that profiteer off the public’s misconceptions of violence, use methods that are designed to appeal to emotional thinking. This misinformation has “emotional stickiness”. It is hard to let go of once acquired. People can’t just calmly trade in the bad information and replace it with better information. Many people will defend what they think they know to their intellectual death.

Need proof? Go to an article on sexual assault posted in a feminist website and comment that “women should learn self-defense. “ Go to a website that promotes gun control and comment that “guns save lives”. Then go to a pro-firearm forum and state that “background checks are a good idea.” Finally, go to a martial arts forum and comment that “training in most martial arts is not an effective means of learning self-defense”.  Your comments will not receive thoughtful replies and logical counter-points. You will be accused and attacked for being a victim-blamer, gun-nut, and bleeding heart liberal. Most likely you will also receive a challenge match designed to prove the fighting capability of ____ martial art.

Does it really make sense that there is only one category of human violence? Where Bad Guys attack only Good Guys, and the Good Guys either live or die? Or that there is nothing a victim of violence could have done that could have influenced how another person would respond to his or her behavior? Is all violence really without sense? Or is violence a part of human behavior that is used for specific purposes in order to achieve desired results?

If you want to understand Violence Dynamics you need to empty your cup and prepare to be emotionally triggered and somewhat intellectually challenged.