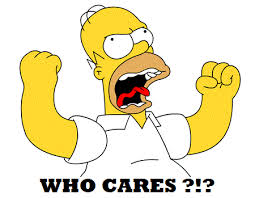 There are multiple ways to view self-defense. Some people see self-defense as merely fighting skills that are available to you when you need it. Analogous to an insurance policy protects you in the case of a violent event, or swimming skills that save you from drowning in case you fall into the water. People who view self-defense in this manner generally believe that assaults “just happen”. They come out of nowhere with little pre-attack indicators and buildup. As such, the question of why someone is attacking doesn’t seem to be very important to them. They only want to focus on how to fight them off.

In this paradigm, any time you are assaulted, you use your superior fighting ability to defeat your attacker. Criminals are known to use tactics such as the element of surprise, deception, weapons, multiple attackers, and more to create an unfair advantage. Therefore, your fighting ability needs to be vastly superior then that of your assailants. In addition, you need to be impervious to knife slashed and stabs, and be able to dodge bullets without fail. And in the event you do possess such powerful fighting abilities, you also need the ability to effectively articulate why, given your talents, you needed to use them in the first place.

Assuming that you determine that your body is not capable of vanquishing all attackers, the next avenue is to use your mind to help implement protective strategies. For example, it is not enough to simply build a protective fortress, you need to know the methods your enemy is going to attack your fortress in order to create the most effective defense. This concept is the timeless adage “Know your enemy”.

The first thing that studying Violence Dynamics does is show that violence comes in many different forms. Violence incidents are shown to be more than just Bad People attacking Good People. Violence incidents happen for different reasons. These events can be categorized by the involved parties’ behavior patterns. Secondly, taking into consideration Violence Dynamics encourages different solutions to be found and employed that best deal with each category. And thirdly, understanding Violence Dynamics enables people to make on the spot assessments of other people’s behavior that help predict and prepare for future behavior.

For example, many times an individual is faced with choosing between Fighting, Fleeing, Posturing, and Submitting as an immediate response strategy to a particular threat. Assessing whether or not the threat is coming from a Process Predator, Resource Predator, or Monkey Dancer provides actionable information on which strategy will most likely lead to success.  And which strategy has the potential of ending in catastrophic failure.

Violence and conflict are pervasive and often oppressive facts of the human condition. It behooves everyone to understand the parts of the world that can harm. Knowledge is power. One of the biggest dangers, for all people, is the tendency to extrapolate from the known to the unknown. Most violent encounters stem from social conditions, and we all have some expertise there. But when those skills are attempted in an asocial setting, they will backfire. Sometimes your default programming will be actively used against you. And, if you survive, that can have devastating psychological impact. It offends me that we send young adults out into the world not knowing that there are different types of violence and with tools for only one kind. It would be like teaching children in a tropical fishing village about sharks and never telling them that tigers exist as well and you can’t be safe from tigers by getting out of the water.

#1 is knowing what you’re facing so you can respond appropriately. Before you can tell if something is abnormal, you have to know what normal is. This becomes particularly important because predators often mimic normal behaviors to confuse you and increase their chances of success.Another variation of #1 is consciously knowing that certain reactions will not have the desired results that your adrenalized monkey mind is telling you will happen.

#2. One of the biggest problems you’ll have if you have to defend yourself is explaining to people why it was necessary. right off the bat know this, somebody is going to be unhappy with your use of force decision. In fact, there are people whose job it is to be professionally unhappy. These people will crawl up your ass with a microscope looking for the slightest way to say you did wrong.

Working at a biker bar in Amarillo. Real fucking dive, front of the bar had wood plank flooring and the back was dirt floors. Shit Hole joint that was the scene of every kind of depravity people enjoy. Had to stop a gang bang in the parking lot one night because we didn’t want the cops to show up. The one that got the maddest was the fat chick who was getting banged. Place was a suck fest to work at and I had to wear stab plates in my vest to keep from getting cut on a regular basis.

Frat rats showed up one night from Lubbock. Up in Amarillo slumming looking for trouble. Knew it was going to end bad for them and cornered the leader and told him it might be best if he and his little pack of friends found someplace else to party. Guy came across as a real douche nozzle and told me not to worry they could handle it.

With 30 minutes of the kids getting there 2 of them have been beaten in the men’s room to damn near death and the other 4 or 5 are running out the door screaming like bitches. I was left trying to hold a bar full of inside to let them escape and then cleaning up the blood in the bathroom. See if they had listened to me and gone on down the road there would have been no problems but they thought they understood what they had gotten themselves into.

“So study Violence Dynamics so that you know your limitations and abilities, otherwise you may find out just what it means to reach your limits in when it matters most.

You and Violence Dynamics – Rory Miller

What Drowning Teaches Us about Self-Defense Training – Erik Kondo