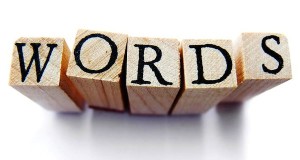 Something I wrestle with is that most in the middle class have forgotten something the rest of world hasn’t. That is: Words are worth killing over.

Having said that, bullets travel both ways. And self-righteousness makes for both poor cover* and a good excuse why you were in a firefight in the middle of the street.

There are positions/ideologies I loathe, but what concerns me is deeds, not words. Are they just yapping or are they acting? It is their actions that will elicit the type of response they get.

Gee, funny thing. That also applies to me

With that in mind, I’ve been on the two way shooting range too many times to forget that what I do (or say) has strong influence on whether or not bullets fly. Just because I loathe a position doesn’t give me permission to attack. Nor does it mean I can safely — and without consequence – verbally attack and emotionally abuse the person who holds it. That person is under no geas to tolerate abuse from me — no matter how sanctimonious I am about dishing it out.

Unfortunately, a lot of folks who argue for their right to say, do anything or confront, are trying to project a geas onto others. While they can be uncivilized (and attack with words) the other person must abide by the rules of civilization and not respond. Because after all it’s just words and nobody deserves to be physically attacked over them

I don’t provoke unnecessary conflict because I know how far and deep shit can go. I also know that there’s a cost to going in after someone. When you gotta pay it, you gotta pay it. But starting that ball rolling with every yahoo out there that you disagree with how they think?

That’s a recipe for burn out. Worse, it’s a good way to become as much of a mad dog as what you hate.