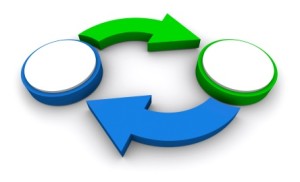 Why Most Current Anti-Violence Efforts are Doomed to Fail

“Stop the violence”. “Senseless acts of violence”. “Random acts of violence”. These phrases are commonly used by anti-violence organizations, the police, and media pundits when talking about violence. (1) Many people use this terminology to condemn violence as pointless. These words show their abhorrence for violence. The hope is that if people realize that violence is unnecessary and abhorrent, they may stop using it.

The problem with this approach is that it misunderstands the true nature of violence. Much of violence is purposeful. Many people use violence as a tool to Enforce the Social Hierarchy, Stop Unacceptable Behavior and to create Respect (or at least compliance). (2) Civilizations, cultures, and sub-cultures are based on the existence of rules which govern behavior. These rules must first be communicated to the members of society. Then they are enforced when violated. When the rules are not clearly communicated, much less respected and/or enforced, chaos and mayhem reign.

(3) A violent society is not necessarily a sign of chaos and mayhem. Rome was a violent civilization that thrived on rules, laws, and order. Non-violence is not necessarily a sign of civilization either. All societies depend upon and use force to enforce the rules, create respect and limit bad behavior. (4) Many violent people also use violence for respect and enforcement of their own rules.

A problem arises when violent sub-cultures exist within non-violent societies. These sub-cultures are the “bad neighborhoods”, the barrios, the violent pockets of the inner city, etc. These are the places where majority of the violence occurs. These areas are the focus of efforts to stop, cease, and prevent violence.

But these efforts are based on the mistaken assumption that violence is random, senseless and pointless. Therefore, it is assumed that those committing the violence can simply STOP and the problem of violence is solved. A violent sub-culture cannot stop violence because violence the natural byproduct of its efforts to prevent chaos and mayhem.

Violence is used to create intimidation, the knowledge that the rules will be savagely enforced and hesitation about breaking them. (5) Violence is used to enforce the rules. These rules may or may not correlate with the rules of the larger society. But the rules still exist to govern behavior. Violence cannot just be “stopped”. It must be replaced.

Ideally, a violent sub-culture must learn to substitute non-violent methods to generate respect, to communicate and enforce the rules. It is not enough to ask someone to not engage in violence. That person needs to be provided with demonstrably better alternate solutions that provide the same result as the use of violence.  (6) As long as violence is seen as the most effective tool to create the desired result, violence will be widely used.

Most anti-violence efforts are “Stop-Based” and as a result are doomed to failure. Anti-violence organizations must look deeply into the sub-culture of violent areas and provide its citizens with non-violent solutions that are as effective to maintain order as seen by the sub-culture, not just order as defined by the larger surrounding society. Doing so requires not rejecting violence as useless, but determining why violence is actually so effective and widely used in certain sub-cultures.

1 — Fact is, pundits/advocates always talk this way about the subject, but they just use individual incidents as ‘grist for the mill’ to prove that they’re right. They don’t need a specific incident to talk this way.

2 — Maintain the social order, punishment and/or stopping immediate behavior, enforcement of one’s will on others. This order gives them two legit reasons (police use these as well) followed lastly by what is perceived by many as a selfish reason.

3 — Contrary to what a lot of people want to believe, the rules are communicated (often clearly) before violence ever happens. The reason most social violence happens is the person is knowingly violating the rules. The common cry of ‘I didn’t know’ is what you hear when they are physically stopped. This is bullshit because they did know.

4 — Communication isn’t the right word. If anything violence is used to demonstrate how serious people are about the rules. Rules that have already been communicated to people via other means.

5 — Eric Hoffer. “Rudeness is a weak man’s imitation of strength”

Tweak that into ‘Intimidation is an ignorant man’s interpretation of respect.’ But the intimidated do not ‘respect’ that person. Most loathe him. Granted Machiavelli said ‘better to be feared than loved,’ but most of the attention someone like this gets is ‘negative.’ But that is still better than no attention at all. The only people who ‘respect’ this kind of person are those who have the same ignorance of what respect actually means. So using the word ‘respect’ muddies the waters.

6 — The fundamental problem with the people who are saying ‘ours is a better way’ is that there is no  proof that a) it would work in the violent subculture b) that it works as fast and effectively as violence c) Such people usually rely on others to do their rule enforcing violence for them. These three things totally blow the credibility of it being ‘better’. The people in the subculture have seen “solutions” like that fail all the time when someone doesn’t care about rules (especially rules that won’t be immediately enforced with violence).