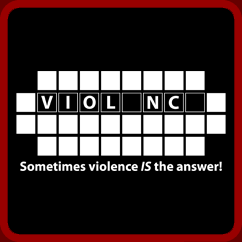 Colorado 18-1-704 starts with “…a person is justified…” Section 2, says, “…may be used only if…’ Why is that important? Because you are under NO obligation to defend yourself. You CAN choose to let yourself be killed.
I bullshit you not. And knowing that is an important point for grokking the subject. You don’t HAVE to defend yourself.

Sure you have an ‘established right’ to do so. But that’s not as simple as you might think. Start with ye olde “the difference between theory and practice is in theory there is no difference…” Something like that applies here. But in the form of “the difference between your rights and what the legal system is going to do to you…” So your ‘right’ to defend yourself isn’t a free pass, much less carte blanche.

Unfortunately, I find too many people interpret ‘… only answer’ as such.
Which is an attitude that, puts them in contact with the law over their choice to use force and the level they used. And not in a good way. That is a problem because well, about violence …”You keep on using that word. I do not think it means what you think it means.”

Starting with this thing called ‘scaling force.’ Violence is the only answer … are we talking a slap? A flame thrower? Carpet bombing? Can we get a little more specific in what you mean by that word you’re saying is the only answer?
Thing is I take a “lets look at every option on the table, THEN assess what ones are acceptable” approach. Nope. Nuclear strike is a little much. But doing nothing, yeah that’s off the table too. So what do we got left. Hmmm this one seems to work.

However, Goldilocks and the Three Bears just ain’t tacti-kool.
Furthermore there’s the dumbing down problem. This comes in two forms. One is reducing complex issues to a functionally wrong sound bite (e.g., the Tueller Drill reduced to ‘The 21 foot rule’). Two is taking what is an overly simplified, introductory (often “Lies to Children”)* concept and making it the alpha and omega of one’s thinking. (I’d rather be judged by 12 than carried by 6).

Saying “Violence is seldom the answer, but when it is it the most appropriate answer” is concept is — if anything — a starting point to help people find their way to a different way of thinking and understanding about the complexity of the subject, including within a moral framework. It’s NOT an invite to call in close air support.

The Goldilocks Law of the Inverted U-Curve – Erik Kondo