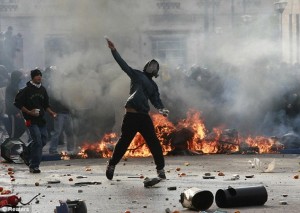 Despite the importance of boundary setting in everyday life, particularly in reference to conflict management, this skill is not well understood. Most people think that boundary setting simply refers to their  personal “space bubble” and that’s about  as deep as it gets. While in fact,  it spans from personal space to parenting to policing to politics and beyond.

The purpose of the Progressive Boundary Setting Matrix is to provide you with a framework for understanding the concepts of boundary setting in an organized manner. It allows you see how everyday occurances described by common phrases such a “draw a line in the sand”, “create respect for the law”, “set an example”, “a disporportional response”, “set a precedent”, “teach a lesson”, “too permissive”, etc are all boundary settng concepts.

The Matrix allows you to better organize your thoughts, opinions, and experiences regarding boundary setting. It is a tool to enhance performance. And like most tools, if it doesn’t work for you, then you don’t have to use it. 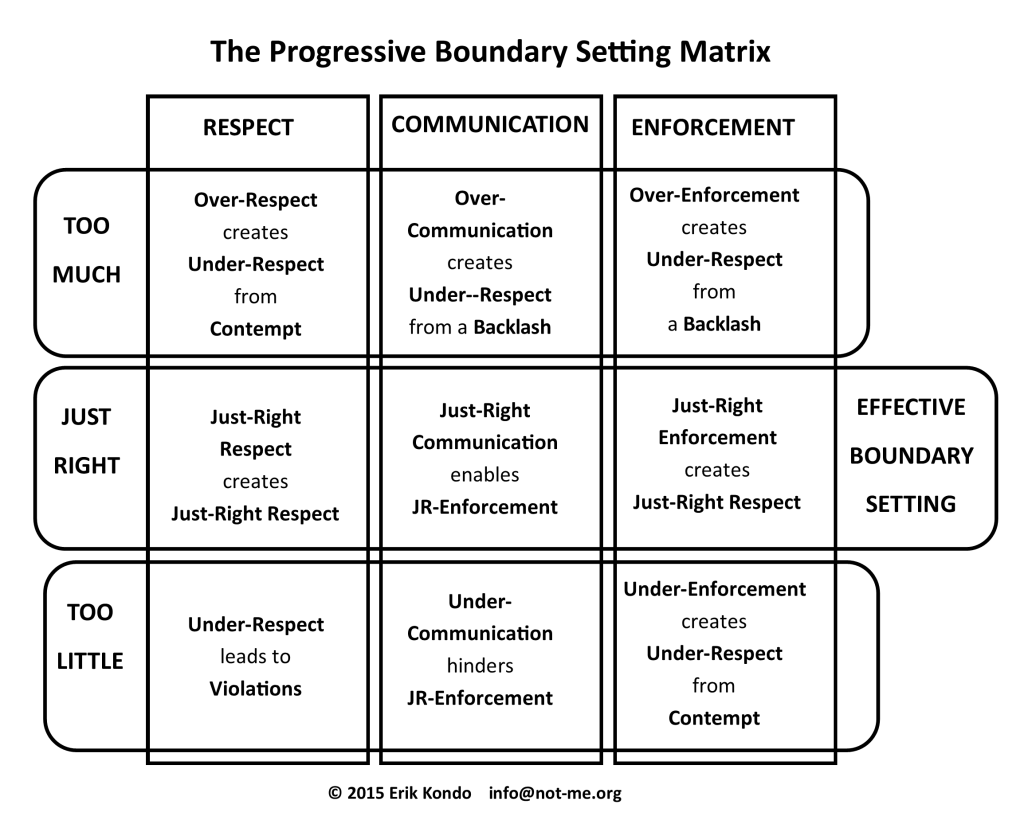 The Progressive Boundary Setting Matrix is based on several basic ideas.

Violations of the Rules require the use of JUST-RIGHT ENFORCEMENT in order to create respect. Appropriate  enforcement serves as a deterrent for future violations. But Over-Enforcement of the Rules is Too Much. It creates a Backlash against the Rules, which increases Lack of Respect for the Rules. This reaction is human nature at work. If the Violator believes that a Rule has been Over-Enforced, he or she will feel unjustly treated. As a result of this emotion, the Violator will now feel less respect for the Rules. And he or she will now be more willing to violate.

If the Violator feels that a Rule has been or will be UNDER-ENFORCED, then there is insufficient deterrence to change the Violator’s behavior. The Violator will feel Contempt for the Rules. As a result, he or she may continue his  unwanted behavior.

This agreement results from clear communication regarding the rules of behavior, violations, and associated  punishments. Structural disagreements and miscommunication about these issues will cause the boundary setting to fail regardless of the actual appropriateness (as deemed by outsiders) of the enforcement.

The world consists of overlapping boundary setting systems. Within all these systems, there are those that work well, and those that don’t.  Systems that work use a Just-Right combination of Respect, Communication, and Enforcement.