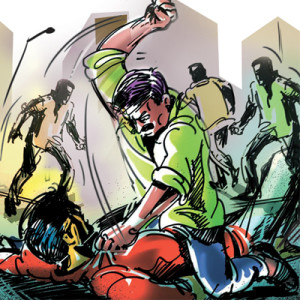 I asked if anyone knew how to stop 12 guys raping someone. Nobody did… and that’s a problem *** The answer is slaughter. You go in there so hard, fast and out of nowhere that three of them are on the ground dying when they realize the situation has changed.* You HAVE to induce a … END_OF_DOCUMENT_TOKEN_TO_BE_REPLACED

I posted this in response to someone asking about Ben Carson’s response of going after an active shooter… *** ~sigh~ Yes, no, maybe, sometimes. We modern Americans love soundbite answers. “Gorsh it’s short it must be an aphorism.” (Aphorism a pithy observation that contains a general truth, such as, “if it ain’t broke, don’t fix … END_OF_DOCUMENT_TOKEN_TO_BE_REPLACED

No discussion on street harassment is complete without an examination of the role of male bystanders. In this case, the bystanders are defined as being neither participants, nor friends or associates of the harasser. The bystanders are strangers with no ties to either the Target of harassment or the Harasser. The question of why “no … END_OF_DOCUMENT_TOKEN_TO_BE_REPLACED

For the record, I’m not against bystander intervention. What I am against is you not having your shit together enough to do whatever it takes, whatever the cost BEFORE you step in. If you don’t, can’t and aren’t ready for the price, then the only thing physically intervening is going to do is create … END_OF_DOCUMENT_TOKEN_TO_BE_REPLACED